At a campaign event at Progressive Field in Cleveland, the home field of the Indians, First Lady Michelle Obama echoed President Barack Obama’s prior statements that this election is going to be extremely close. However, Ms. Obama went a step further by saying it “could all come down to those last few thousand people who register to vote.”

“As Barack has said, this election will be even closer than ever before–closer than the last one. Understand that.  Don’t get discouraged by it, just know it is going to be close,” Ms. Obama said.

Ohio is one of ten swing states that will be crucial to the outcome of this election. In her speech, Ms. Obama encouraged Buckeye State volunteers to be aware of their importance to this year’s presidential race:

Earlier, according to the pool report, Ms. Obama personally greeted volunteers at the field to thank them for knocking on 8,500 doors in Cuyahoga County  over the weekend. She started her speech by explaining what she sees as President Obama’s key acheivements and the reasons he should remain in office including; passing health care reform, cutting taxes for the middle class, pushing for the DREAM Act, passing the Lilly Ledbetter Fair Pay Act and his Supreme Court appointments. She also cited his life experience as the child of a single mother and someone who “knows what it means when a family struggle.”

“I am a bit biased, but I think we’ve got a pretty phenomenal President,” she said. 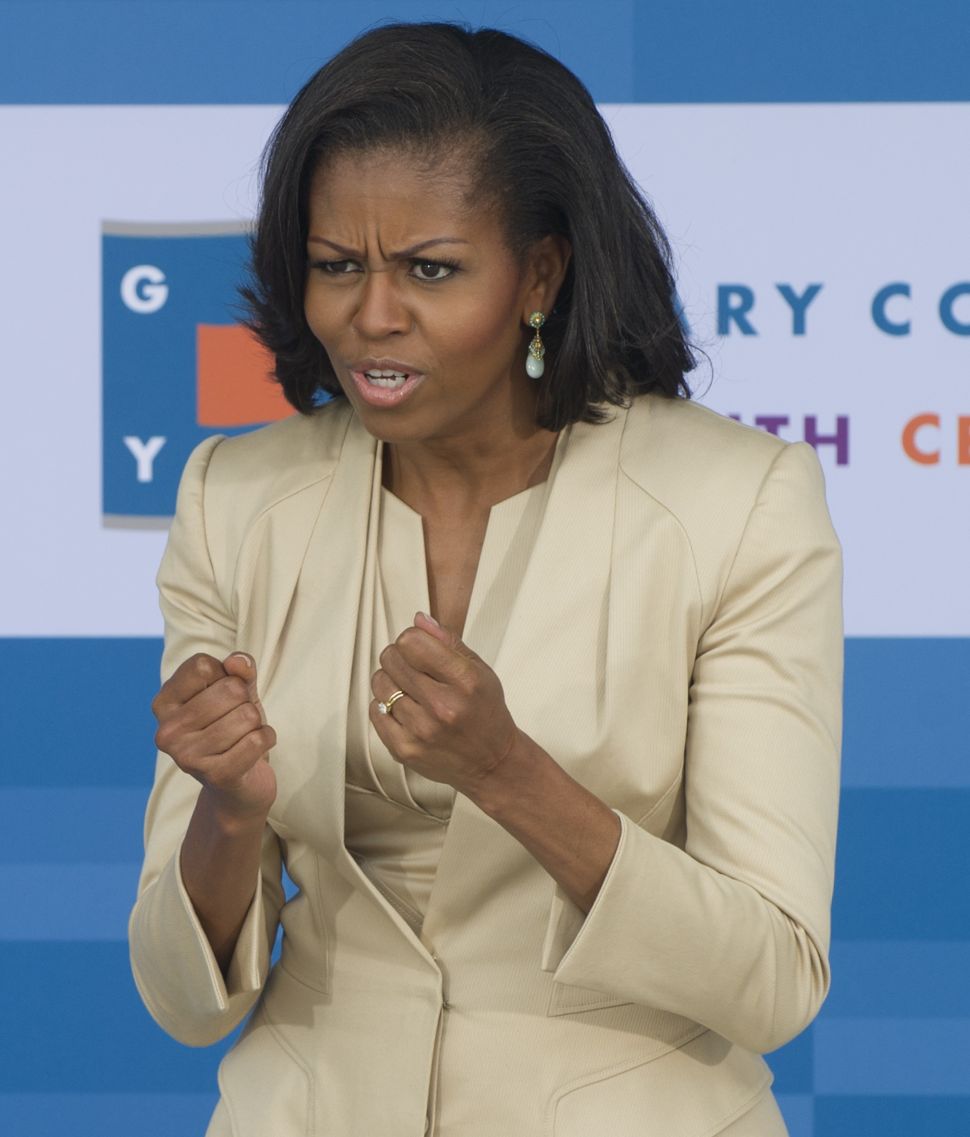