Mitt Romney was appalled when a reporter asked him about medical marijuana during an interview with a local CBS affiliate in Colorado today. He responded by angrily listing off a list of questions he’d prefer to be asked.

“Aren’t there issues? Aren’t there issues of significance that youd like to talk about? The economy? The growth of jobs? The need to put people back to work? The challenges of Iran? We’ve got enormous issues that we face,” Mr. Romney said.

The reporter, Shaun Boyd, replied that medical marijuana is “a significant issue” in Colorado, where it was legalized in 2000. Mr. Romney reluctantly agreed to discuss the topic.

Mr. Romney went on to explain his view that marijuana is dangerous and should be illegal.

“I think marijuana should not be legal in this country. I believe it’s a gateway drug to other drug violations. The use of illegal drugs in this country is leading to terrible consequences in places like Mexico and actually in our own country,” said Mr. Romney. “I oppose legalization of marijuana. I oppose legalization of other kinds of drugs, but I can tell you that I have a plan to get this economy going.”

After discussing drugs, they went on to discuss economic issues and finished the interview.

“Finally,” Mr. Romney said with a laugh. “Finally. … I’m not running on marriage and marijuana those are state issues.”

Watch a video of the interview below. Mr. Romney begins discussing medical marijuana at about 2:20. 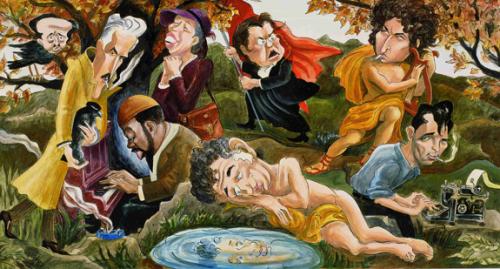