In an interview with a local Virginia television station today, Mitt Romney explained why he thinks he’s better-suited to solve the country’s economic problems than President Barack Obama. Mr. Romney said the main difference between them is that, unlike the president, he’s “actually worked in the private sector.”

“The President’s a nice guy, but he’s never had a job in the private sector. He’s never created a job. I think it helps to have had a job to create a job,” Mr. Romney said.

Mr. Romney, who had a long career as a management consultant and helped found the private equity firm Bain Capital, said he believes his experiences in the business world will help him create jobs in the White House.

“I think it helps to have a president who’s actually worked in the private sector, who’s had a job and who’s had the opportunity to help build enterprises and to see a vision for the future of what enterprises are likely to be successful. So, I’ve helped start some businesses, I’ve helped lead businesses, particularly those that were in trouble, and get them back on track,” Mr. Romney said. “That kind of experience will certainly help in leading an economy that can create new jobs, new enterprises that put people to work with rising incomes. The President’s a nice guy, but he’s never had a job in the private sector. He’s never created a job. I think it helps to have had a job to create a job.”

It’s impossible to question Mr. Romney’s bonafides as a businessman, but we’re rather dubious of his claim President Obama has never held a private sectory job. For example, in 2001, the future president witnessed the 9/11 attacks from his offices at the Chicago law firm Miner, Barnhill and Galland. That sounds like a private sector job to us.

We’ve reached out to the Obama campaign to see what they have to say about the president’s resume, but, as of this writing, we have yet to receive a response. 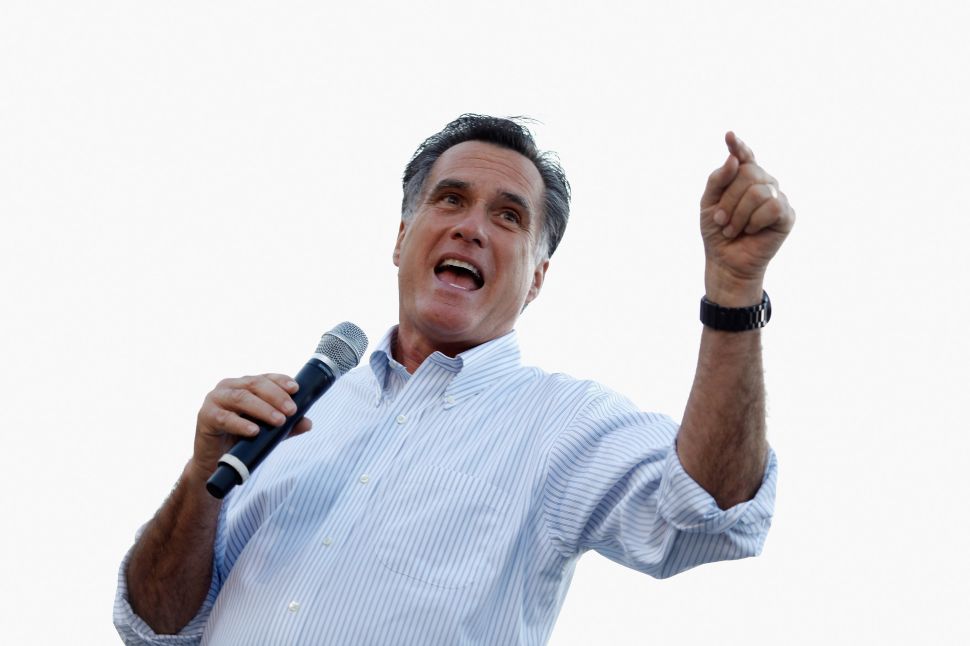