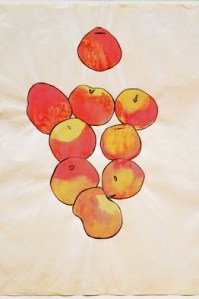 Billionaire Chinese art collector Joseph Lau has been hit with a bribery charge related to a land deal in Macau. [Bloomberg]

Here’s an interview with the Louisville man who made that Marina Abramovic documentary. [The Courier-Journal]

The comedian Harry Hill will be a tour guide for an upcoming exhibition by David Shrigley in Manchester. [BBC]

A new opera with a libretto by Tony MacGregor asks, “What happens when the German artist Gerhard Richter and the jailed-journalist-turned-terrorist Ulrike Meinhof are placed in the same room?” [Art Gallery NSW via @Frieze_Magazine]

Six decades’ worth of Ellsworth Kelly’s plant drawings to go on view at the Met. [WSJ]

Tracey Emin talks to The Guardian about her show at Turner Contemporary. [Guardian]