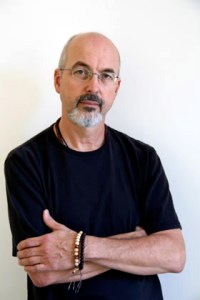 Bill Viola became a video artist because he once fell in a lake. [The Guardian]

Here’s an article about the R.W. Norton Art Gallery in Shreveport. [WSJ]

Joan Miró exhibition at National Gallery takes a look at the politics behind the dreams and symbols of the artists paintings. [LA Times]

A Melbourne builder accidentally drilled through one of Banks’s rats. [Guardian UK]

The Barnes’s new home is grabbing plenty of attention in Philadelphia this week. It will soon be joined by a newly renovated Rodin Museum. [AP]

A prototype Leica from 1923 sold for an astounding €2.2 million ($2.7 million) at an auction at Galerie Westlicht in Vienna, Austria. [BBC News]