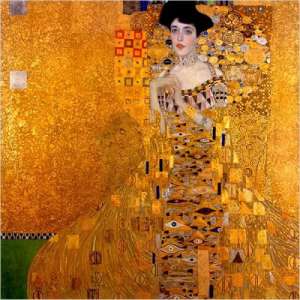 The Italian coffee company Illy, famed for its fine espresso and cups designed by artists, announced that its latest art project will be cups by Turkish duo Yasemin Baydar and Birol Demir. [Enhanced Online News]

Lance Esplund files a bitingly negative review of the new Barnes Foundation building: “A vestige of its former self, the Barnes has been reduced to artificial period rooms housing a great group of pictures. Comparatively, it is a repackaged and rebranded commodity, a soulless shell.” [Bloomberg]

The director and curator of Naples’s oldest library are accused of stealing hundreds of manuscripts. [AFP]

“Klimt understood the importance of the commission. Bloch-Bauer was rich and, within the Viennese haut monde, well known. Other people, rich and well known, would see the painting.”: Holland Cotter on the Klimt 150-year anniversary celebration at the Neue Gallery. [NYT]

Artist Olek, who has an upcoming show at Smithsonian, crochets a colorful message with strollers down on Jersey street. [Bowery Boogie]