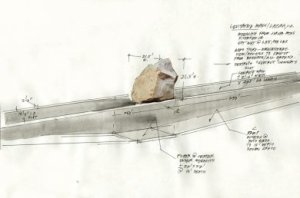 “A lawyer for South Africa’s president broke down in tears Thursday as he tried to convince three judges that the display of a portrait that depicts the president’s genitals is unlawful.” [AP]

Sotheby’s had the strongest Latin American sale in its history, led by a Wilfredo Lam that made  $4.56 million. The total was $21.8 million, an all-time record for the category. [Reuters]

The World Socialist Web Site reviews the Whitney Biennial. Here’s an excerpt: “For the most part the artists included in the Biennial this year seem earnest rather than slick, relatively mature (many are in their 40s or older) and several employ the “old-fashioned” mediums of painting, printmaking, photography and sculpture in a straightforward manner.” [WSWS]

Katya Kazakina takes a tour of Chelsea and comes back with prices. The Tauba Auerbachs are priced from the mid-$20,000s to $60,000 in case you were curious. [Bloomberg]

Artwork on the Bowery by Alec Monopoloy gets tagged by street artist Leeto. [Bowery Boogie]

The Public Theater has announced that its renovation will include a 2,000-square-foot lounge called “The Library” by the Rockwell Group. [Curbed]