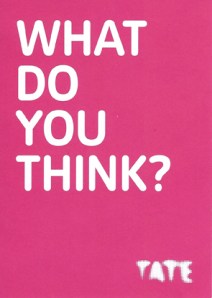 Here is a list of Pharell Williams’s favorite artists, from Jeff Koons to JR. [WSJ]

Though it is widely reported that China has become home to the world’s largest art and antiques market, the base numbers are disputed. Worth it for the photo alone. [The Art Newspaper]

“Sonya Rhie Quintanilla Named Curator of Indian and Southeast Asian Art at the Cleveland Museum of Art.” [The Cleveland Plain-Dealer via Artforum]

Roberta Smith comes out swinging for the Barnes Foundation building: “the museum that opens to the public on Saturday is still very much the old Barnes, only better,” she writes. [NYT]

A portrait by Thomas Lawrence, not seen in public for more than 200 years, has been acquired by the National Gallery in London, and is now on view. [ArtDaily]

Back in 2006, for a group show about the Cologne art world, at the ICA Philadelphia, Mr. Carpenter requested $4,000 and “went on a wild shopping spree enjoying luxurious goods and services, with only the receipts and empty shopping bags exhibited.” [MerlinCarpenter.com]