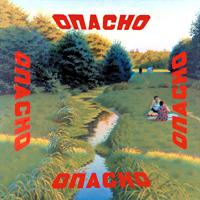 NPR’s Adam Davidson has a clear-eyed piece about the art market that quotes a source making the claim that “no painting bought for $30 million or more has ever been resold at a profit.” But that doesn’t matter, Mr. Davidson argues. You’re spending money to show that you can spend money. [NYT]

Johannesburg’s Goodman Gallery has agreed to remove the Brett Murray’s painting of the president of South Africa without his pants from public view (and its website, which is smart because no one will be able to view it then) in order to avoid a legal battle. [BBC]

Here are some more details on the Baltimore Contemporary Museum’s decision to suspend its operations. [The Baltimore Sun]

Rutgers’s Norton and Nancy Dodge Collection of Nonconformist Art from the Soviet Union is reinstalled. [WSJ]

A little old, but: Lee Ambrozy’s report from the final Art HK (it will fly the Art Basel flag next year) is a classic of the genre. [Artforum]

“The Mona Lisa wasn’t painted with Nintendo. . . . Video games are not art.” Children speak out on whether or not video games are art.  [Washington Post]

The High Line gets a zoo. Sort of. [Curbed]