Earlier this evening National Review blogger Katrina Trinko published a story accusing Democratic Massachusetts Senate candidate Elizabeth Warren of plagiarizing a passage in the book she co-wrote with her daughter, All Your Worth: The Ultimate Money Lifetime Plan. One hour and five minutes later, Ms. Trinko published a correction apologizing for the story.

“I took down my earlier post on Elizabeth Warren plagiarizing from the book Getting On the Money Track,” Ms. Trinko said. “I apologize for the error.”

Ms. Trinko originally accused Ms. Warren of lifting a passage from a book by the author Rob Black in All Your Worth, which she co-wrote with her daughter, Amelia Warren Tyagi.

“That book includes a passage that appears to include parts of two paragraphs directly lifted from a book published in 2005, Getting on the Money Track by Rob Black,” Ms. Trinko wrote.

Ms. Trinko incorrectly believed Ms. Warren’s book was published after Mr. Black’s, but she was actually not looking at a first edition of the book. Her mistake was first pointed out by Salon’s Alex Pareene.

“On Amazon.com, the Warren book All Your Worth is listed as having been published January 9, 2006. As it turns out, that is the paperback publication date; the hardback book was published in March 2005,” Ms. Trinko wrote in her correction. “As such, it appears that Getting on the Money Track (published in October 2005) plagiarized from All Your Worth, not the other way around.”

Ms. Trinko, who dealt with the situation with admirable speed and transparency, is currently using Twitter to send out her correction to outlets that ran with the original story on Twitter.

It seems Mr. Black has some explaining to do.

Update (8:18 p.m.): The Politicker managed to get ahold of Mr. Pareene, who explained how he managed to debunk this story.

“I honestly think that my writing this was mostly a factor of me being one of the few people still at his computer on a lovely day at 7 p.m.,” Mr. Pareene said.

According to Mr. Pareene, he and his editor, Ben Crair, initially believed the plagiarism story.

“We’d been talking about writing something about all the mini-scandals surrounding Elizabeth Warren,” said Mr. Pareene. “At first, we just took it at face value and we were talking about how serious it was, and then, my editor was like, ‘I’m just kind of hoping that they just got this massively wrong.'”

Shortly afterward, Mr. Crair’s wish came true. Mr. Pareene said he realized National Review had made a mistake after “just literally a few seconds of Googling the book that they talked about.”

“I can see how they got this wrong, but honestly, five more minutes of Googling it would have disproven it before they even published it,” Mr. Pareene said.

Mr. Pareene also told us he was disappointed the story was corrected so quickly.

“It was a really exciting few minutes when I thought I was the first one with the story,” he said. “And then, they corrected it right away, which was very disappointing.” 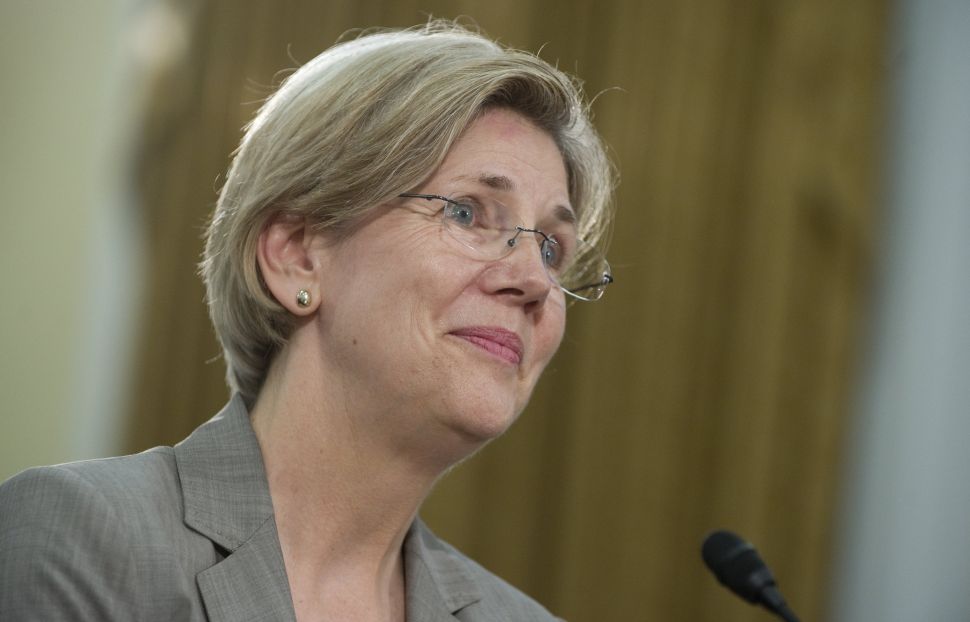