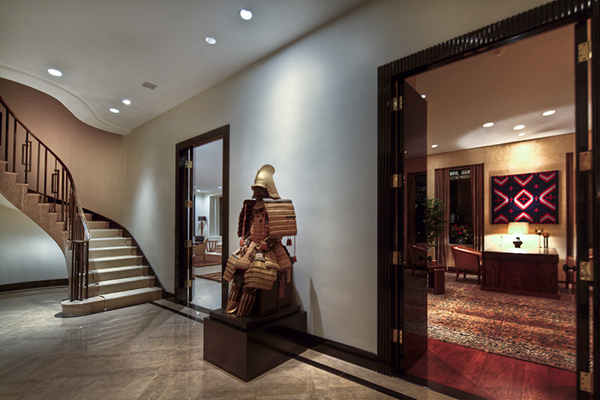 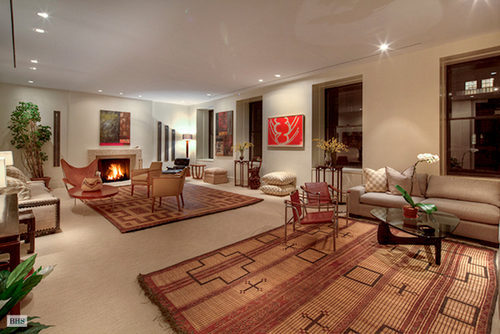 Really, it's so annoying to have to share a seating area.
jhanasobserver 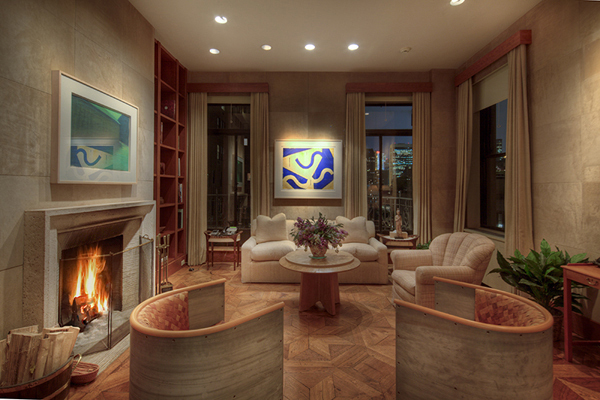 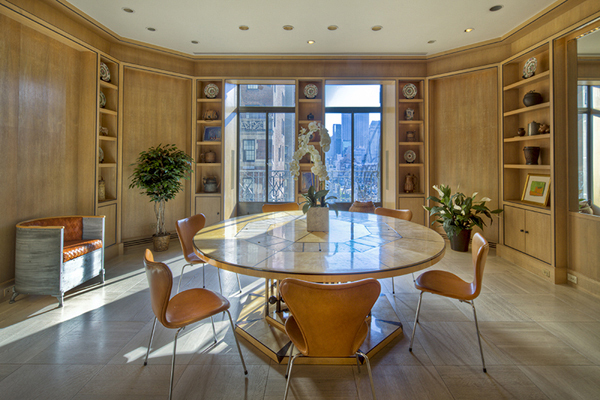 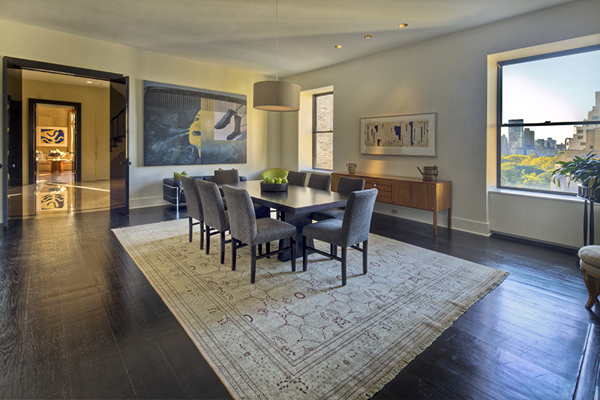 Plenty of room for art, and to party. Maybe an art party.
jhanasobserver 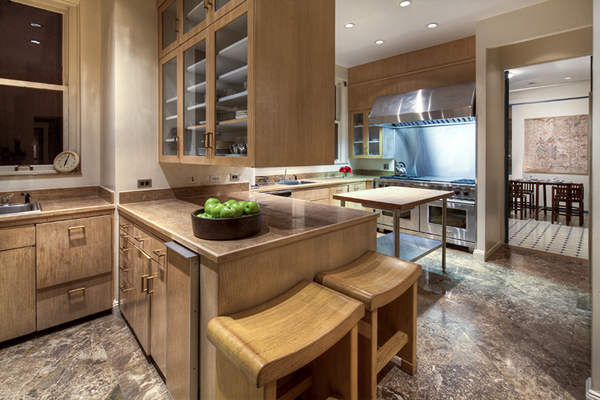 There's nothing 20th Century about this kitchen.
jhanasobserver 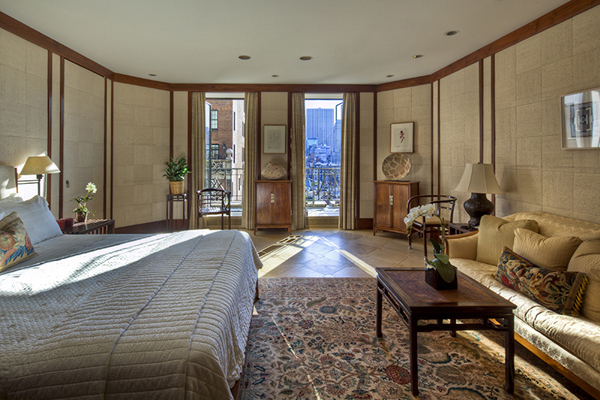 Does your bedroom have a billion-dollar bay window?
jhanasobserver
Advertisement 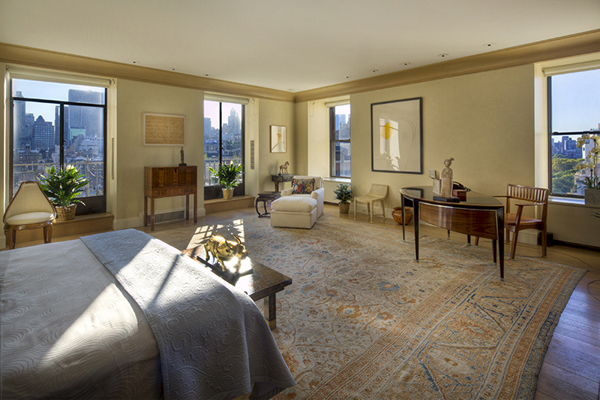 A master bedroom for a master of the universe.
jhanasobserver 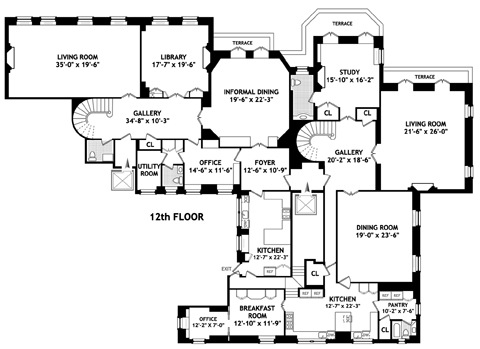 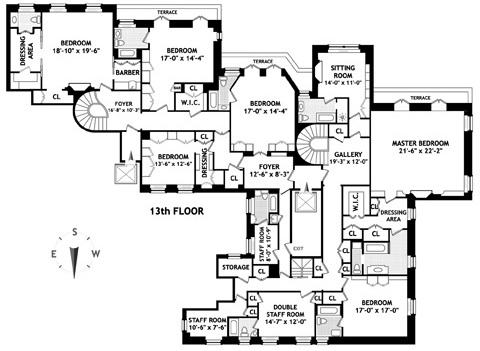 The 13th floor—between the two, there are 60 windows, one for each of the millions the home was originally asking.
jhanasobserver
Advertisement 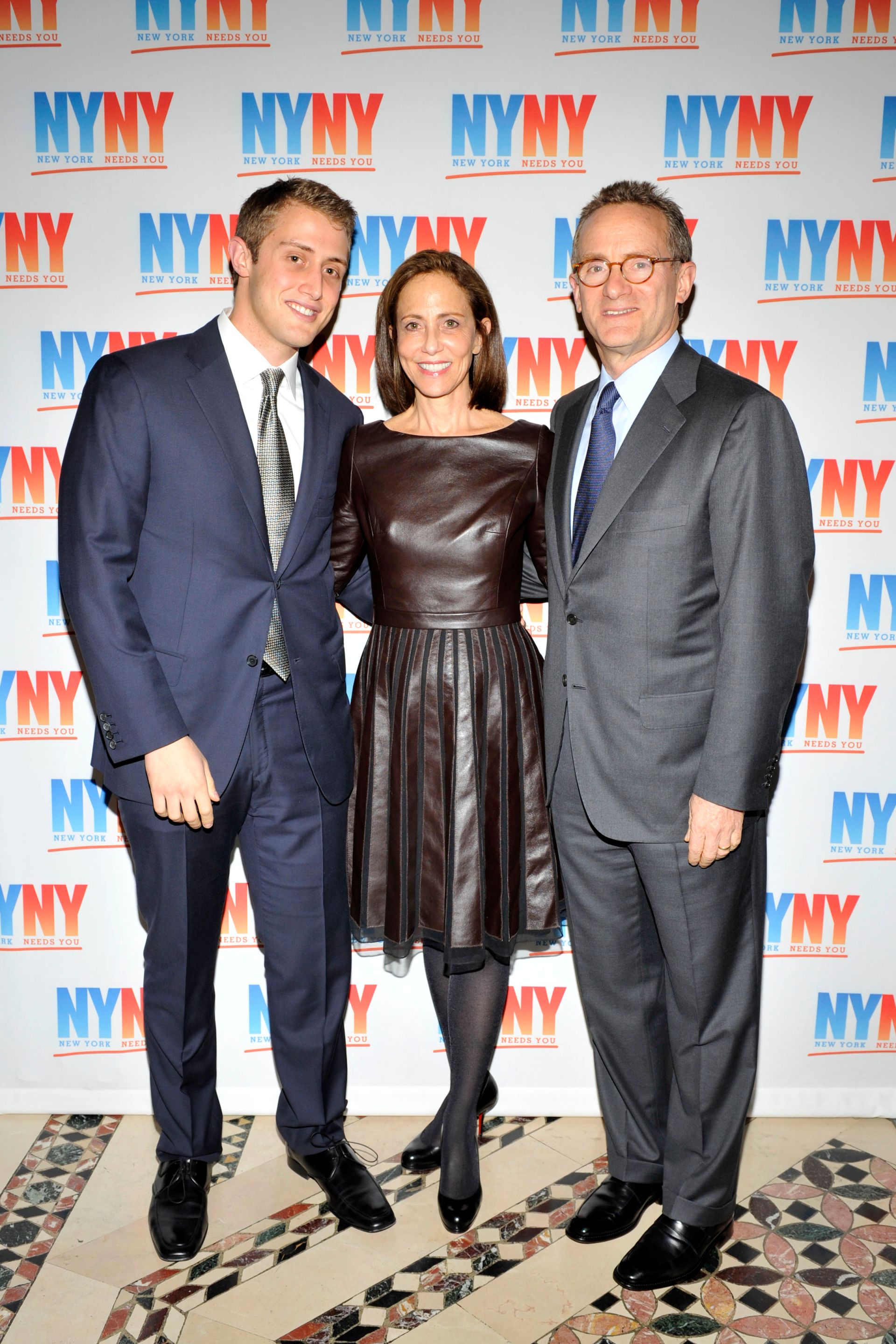 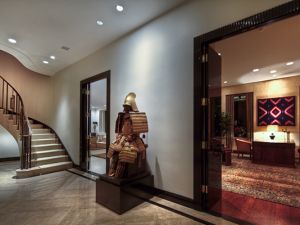 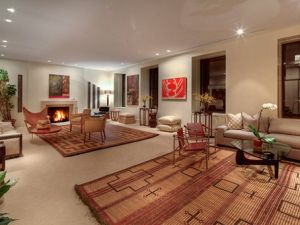 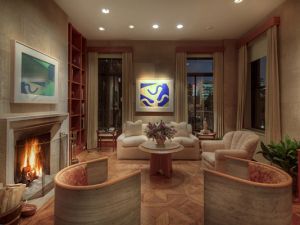 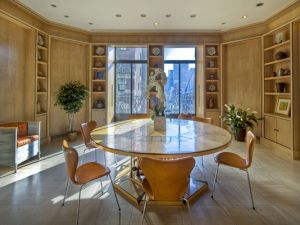 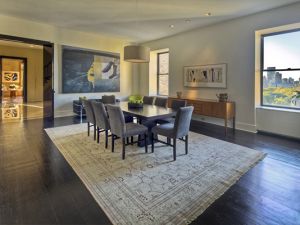 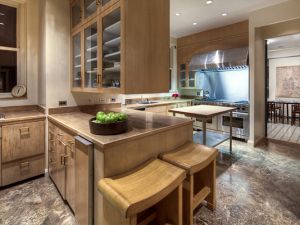 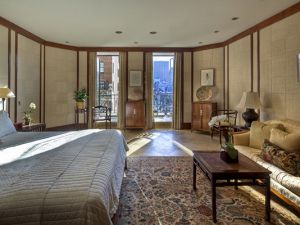 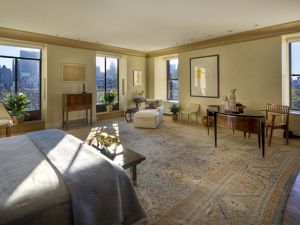 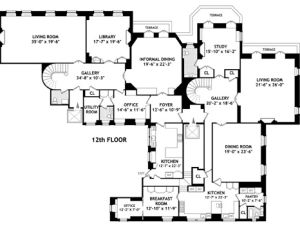 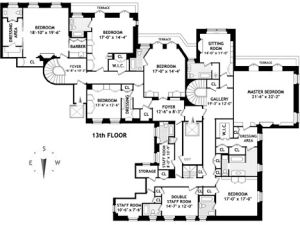 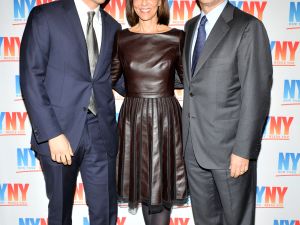 We bet Howard and Nancy Marks didn’t bat an eye when they forked over $52.5 million for the Courtney Sale Ross duplex at 740 Park Avenue, setting a record for the most expensive co-op ever. After all, $52.5 million is pocket change when you manage a $75 billion investment group.

Unlike those who watched their fortunes deplete or disappear during the recession, Mr. Marks, the co-founder, principal and chairman of Oaktree Capital, managed to enhance his by investing billions in distressed debt. With so much cash burning a hole in their pockets, it looks like the couple was just waiting for the chance to pick up a phenomenally expensive apartment (albeit at something under the $60 million ask).

If not for the $88 million student crash pad at 15 Central Park West, the duplex at 740 Park might also be the city’s most expensive pied-a-terre, as the Marks currently divide their time between an Italianate estate in Los Angeles and a place in London. Will the couple be spending more time in New York, or were they simply looking for a luxurious spot in case of stop-overs or flight delays?

The Sale Ross apartment has officially been listed with Brown Harris Stevens Broker Kathy Sloane since November, before it went into contract this April (as first reported by Michael Gross), but it has been quietly on the market for the last few years, asking a lofty $75 million. The 30-room spread spans two floors and is the most palatial of palatial apartments in the most glorious of glorious Park Avenue buildings (how many residential buildings have their own book?).

Ms. Sale Ross and her late husband, TimeWarner CEO Steve Ross, combined two humungous units that they purchased in the Rosario Candela-designed building for about $8 million in the 1980s. As the new owners, Mr. and Mrs. Marks will enjoy two libraries (could you imagine the inconvenience of having only one, even in this day and age?), seven working fire places, eight bedrooms, 10 bathrooms, a formal and informal dining room and six terraces from which to gaze upon the Upper East Side and Central Park. The Most Important Thing? The unit is on the 12th and 13th floors, above the tree line, of course.

The apartment is also close to the Isaac Mizrahi store on Madison Avenue and 67th Street, a fact that must delight one Mizrahi-starved blogger. Now Ms. Marks can stop bemoaning the fact that the designer has yet to open a boutique in L.A. and focus her energies on the many boards—the Los Angeles Museum of Contemporary Art, the American Ballet Theatre, the Baryshnikov Dance Foundation—that she serves on. Maybe while in town she can add Alvin Ailey or Mark Morris to that list, giving her resume a bit of that New York edge.

The sale beats out the $48.8 million record set at 1060 Fifth Avenue in September 2008 and looks to be only the first of many super, super high-end sales this year. With Teddy Forstmann’s $40 million co-op sale closing any day now, it seems that brokers can’t list uber-luxe apartments fast enough. Maybe they could even convince fellow financial titan Steve Schwartzman to list his mammoth triplex, the only spread bigger in the august building than this one.

Given Mr. Marks’ way with wads of money and cult-like status as a financial guru, we expect that this latest acquisition will spur other legions of cash-flush copycats.