A conservative Super PAC backed by billionaire Joe Ricketts may have thought they could take down President Barack Obama with a $10 million ad campaign resurrecting 2008’s Jeremiah Wright scandal, but the Obama campaign is gleefully using the so-called “Ricketts Plan” as an opportunity to paint Mitt Romney as immoral and rally their supporters.

Though Mr. Romney disavowed the Super PAC’s strategy, President Obama’s campaign manager, Jim Messina, issued a statement earlier this afternoon saying the strategy “revealed the appalling lengths to which Republican operatives and SuperPacs apparently are willing to go to tear down the President and elect Mitt Romney” and accusing Mr. Romney of “reacting tepidly in a moment that required moral leadership in standing up to the very extreme wing of his own party.” A few hours later, Obama campaign press secretary Ben LaBolt sent out a nearly identical statement.

“Today, Mitt Romney had the opportunity to distance himself from his previous attempts to inject the divisive politics of character assassination into the presidential race. It was a moment that required moral leadership, and once again he didn’t rise to the occasion,” Mr. LaBolt said. “Throughout the course of the campaign, he has repeatedly refused to stand up to the most extreme voices in the Republican Party. If this is the ‘leadership’ he has shown on the campaign trail, what can the American people expect of him President of the United States?”

“A 54-page, $10 million proposal by top Republican strategists titled “The Defeat of Barack Hussein Obama” shows in vivid and gruesome detail what the President and all of us are up against,” Mr. Messina wrote. “This is going to be worse than we could have imagined. President Obama needs your help to stop it before it starts.”

“A 54-page, $10 million proposal by top Republican strategists titled “The Defeat of Barack Hussein Obama” shows in vivid and gruesome detail what the President and all of us are up against.

The proposal laments that voters “still aren’t ready to hate this president” but lays out a plan to portray him as “slick” and “cocky” — and notes that they need to hire an “extremely literate conservative African-American” to insulate against charges of racism.

It says the President ran as a “metrosexual, black Abe Lincoln” and includes plans to spend millions on inflammatory TV ads using everything from Rev. Jeremiah Wright to images of the September 11th attacks to show the truth about Obama’s alleged secret plan to destroy America.

In the words of one of these guys, they want to “do exactly what John McCain would not let us do” in the last election. And the plan was for it to be financed by a single billionaire.

This is going to be worse than we could have imagined. President Obama needs your help to stop it before it starts.

Pitch in today to fight these attacks and show them this only makes us stronger: 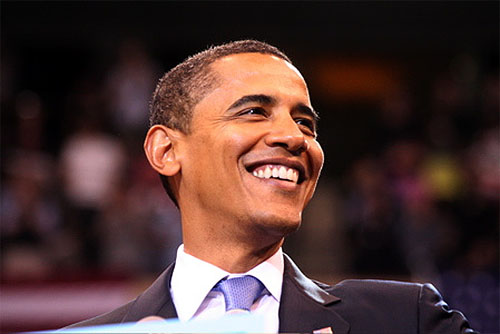