President Barack Obama’s campaign “truth team” released a web video this afternoon saying that, by attending a fundraiser with real estate mogul and reality television star Donald Trump in Las Vegas tonight, Mitt Romney has proved that, unlike John McCain, he’s not willing to stand up to “the voices of extremism in his party.” The video begins with a clip of Mr. McCain refuting a supporter at a rally who claimed the president was “an Arab.”

“As the Republican nominee, John McCain stood up to the voices of extremism in his party,” text flashing across the screen informs the viewer. “Why won’t Mitt Romney do the same?”

The video continues with footage of Mr. Trump questioning the president’s birthplace and citizenship during a spate of media appearances in the past year or so set against a rollicking bluegress soundtrack.

“Why doesn’t he show his birth certificate?” Mr. Trump asks in one of the clips.

“I can’t speak for Donald Trump … Mitt Romney has made it clear that this is not an issue for him,” Mr. Fehrnstrom said. “A candidate can’t be responsible for everything that their supporters say.”

The Obama campaign’s video ends with footage of Mr. Trump describing his support for Mr. Romney. After wrapping up his own presidential bid and flirting with endorsing the other Republican candidates, Mr. Trump threw his support behind Mr. Romney in February. 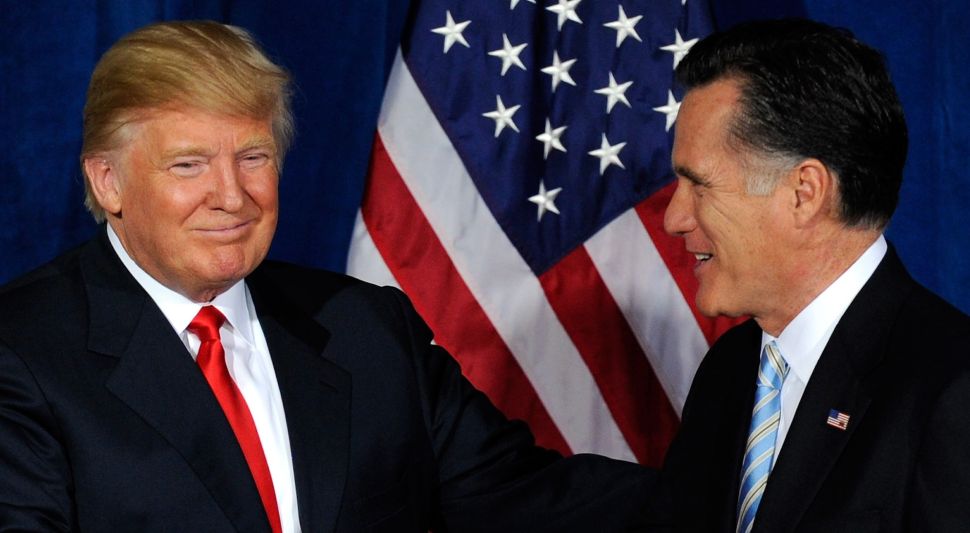