President Barack Obama’s campaign is playing defense on his record of support for gay rights as fallout over Vice President Joe Biden’s comment he’s “absolutely comfortable” with same sex marriage continued for a second day. Mr. Biden’s remark led to criticism the president isn’t taking a firm position on gay marriage, most recently from former New York Governor George Pataki who blasted President Obama for “looking to have both sides” on the issue in an RNC conference call this morning. Ben LaBolt, the national press secretary for President Obama’s campaign fired back by characterizing the president as a strong supporter of the gay community and accusing Mr. Romney of planning to reverse progress the Obama administration has made on gay rights.

“Mitt Romney deployed Governor Pataki today to call for consistency on gay rights. Governor Pataki must not be familiar with either the President’s record or Governor Romney’s,” Mr. LaBolt said in a statement. “The President has done more to advance gay rights than any other president – from securing hospital visitation and medical decision-making rights for gay partners, to repealing Don’t Ask Don’t Tell, to advancing equal rights and benefits for gays and lesbians.”

Mr. LaBolt said Mr. Romney has had his own flip flop on gay rights since his 1994 run for Senate in Massachusetts.

“Governor Romney went from promising to be to the left of Ted Kennedy on gay rights to working to enshrine discrimination into the Constitution by passing a federal marriage amendment, personally funding efforts to roll back equal rights for gays and lesbians in states, and making clear he would have kept Don’t Ask, Don’t Tell in place,” Mr. LaBolt said. “The country has moved forward since 1994, when Governor Romney was supposedly an advocate on these issues, yet Governor Romney has moved backwards.”

Mr. LaBolt concluded his statement by predicting Mr. Romney “would turn back the clock on all of the progress this President has made to advance equal rights.”

President Obama might not want to come out as a strong supporter of same sex marriage, but he clearly doesn’t think he can afford to be seen as being against gay rights. Especially since, according to a Washington Post review of the president’s donor lists, “about one in six of Obama’s top campaign ‘bundlers’ are gay.” 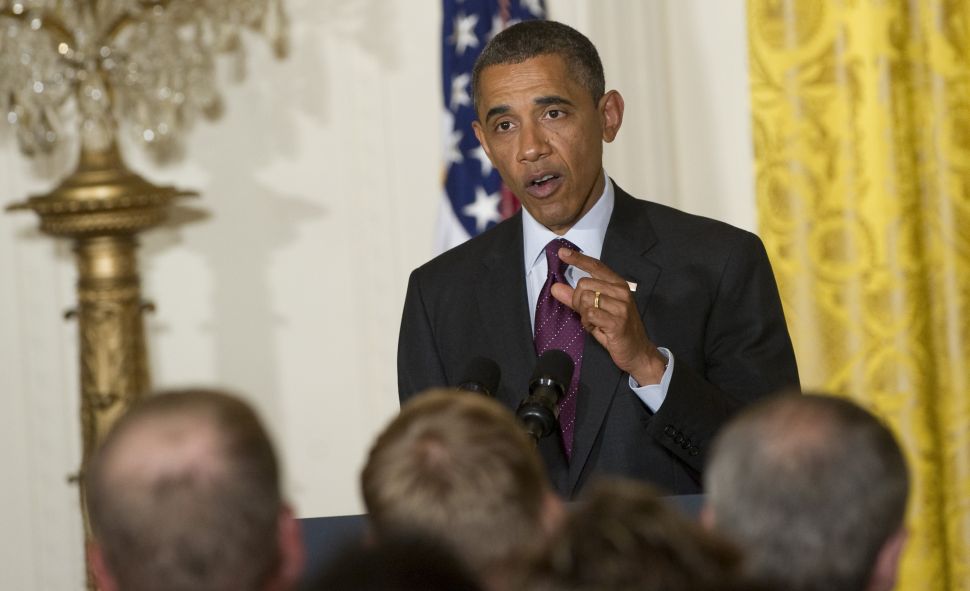