The camera opens on a young man leaning on a balcony overlooking Central Park. His brow is furrowed; from the side he resembles Matt Damon. The voiceover comes in, underscored by a cello: “My name is Tim Sykes, and I teach people to trade stocks. I am a self-made multimillionaire and I am the No. 1 ranked trader out of 60,000 on Covestor.”

If you were a discerning customer searching for stock advice, you might pause here. What the hell is Covestor?

The site, run out of London and New York, has been around since 2007, and allows “self-directed” investors to broadcast their trades online.

Covestor requires users—small-time, independent professionals as well as guys at home in their bathrobes watching E*TRADE on two monitors—to connect their online brokerage accounts or submit audited records. Every trade, bad or good, is posted online. In other words, it’s oversharing for traders.

A few years ago, Covestor pivoted to emphasize an even weirder business: mirror trading. In addition to merely watching Mr. Sykes make his millions from his Columbus Circle apartment, one can share the wealth by automatically mirroring his moves. Just as television made celebrities out of Jim Cramer and other prognosticators with good cadence, Covestor hopes to make stars out of any old schmucks who prove they can beat the Street. END_OF_DOCUMENT_TOKEN_TO_BE_REPLACED 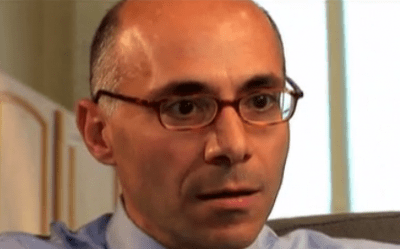