Oh, crazy Brooklynites, will you never change? It’s been less than two months since the incident at D’Amico Coffee in Carroll Gardens, when an angry note on the door alerted fans of the 75-year-old shop that nosy neighbors had petitioned the city to get involved in their coffee battle (apparently some people just hate the smell of freshly roast grounds).

This weekend continued the passive-aggressive madness in the form of more homemade “notes”: with area residents this time taking to the streets in Park Slope to leave long-form essays on the windshields of motorists who took up too much space with their parking without violating any actual laws. 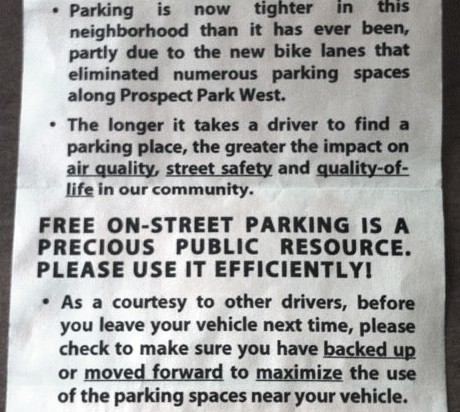