EAST RUTHERFORD – An industrial river to the west and swamplands to the east, South Bergen sits in its squashed-together residential reservoir of churches, firehouses and gas stations like blue collar heaven, and with the rain beating without end, U.S. Rep. Bill Pascrell appeared in the bowels of the local station here and started shaking hands.

With him were two roughneck congressmen – Mike Doyle from Pittsburgh and Michael Capuano from Boston, each arriving with ready references to “Billy,” and eager to tap the funny bones of the local brass as they referenced loyalties to the Steelers and Patriots respectively.

“Send him back to us,” Doyle told the firefighters gathered at the station house.

He’s got one of the most liberal ratings in Congress,” said Doyle, and he and Capuano joined Pascrell in a three-town firehouse swing in an effort to flesh out the Pascrell as middle class champion story line two weeks and a day before the Democratic Primary.

Team Pascrell’s strategy from the start has included focusing the candidate on wrenching South Bergen away from his rival; and his Bergen ally, former Freeholder Bernadette McPherson, trailed him today arranging face time for the Democratic incumbent and his Washington, D.C., allies.

“Most of us don’t fly to others’ districts,” said Doyle. “But I don’t know anyone who’s fought harder for first responders.”

The campaign collisions between Rothman and Pascrell have become increasingly ugly.

“I didn’t go negative,” said Pascrell, as his team continues to delight in the narrative that Rothman, trying to stare down the tag on him that he’s soft, over-corrected and unnecessarily went for the jugluar in his ads.

“You deserve people like Bill Pascrell,” Capuano told the crew at the station house. “That’s what this country needs. And forget the message nonsense.” 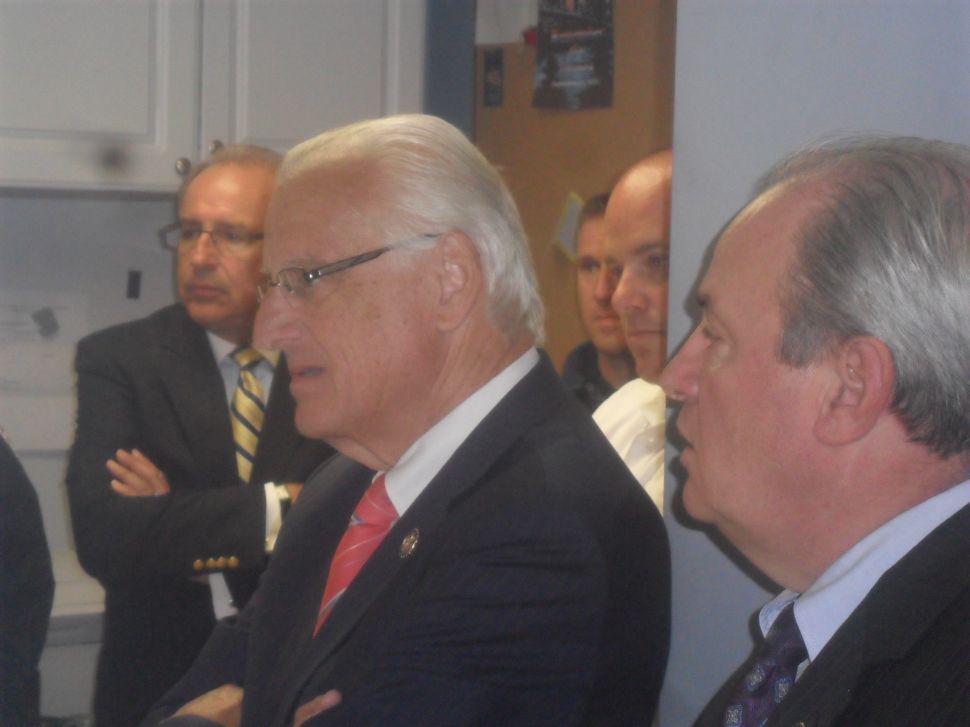