A house ad in the May 30 print edition of Politico.

Politico enraged much of the media this morning when it published an article accusing top competitors The New York Times and The Washington Post of biased campaign coverage, favoring President Barack Obama.

To us, it seemed like a shameless beat-sweetener. Signal to the G.O.P. that you think the other guys were unfair, the thinking goes, and then watch the Mitt Romney exclusives roll in.

GQ’s Devin Gordon took it even further, concluding that the piece is a “thinly disguised, fundamentally craven argument for Politico’s superiority in the world of political coverage.” (Especially considering it was penned by Politico’s two most prominent editorial employees, executive editor Jim VandeHei and White House correspondent/newsletter writer Mike Allen.)

“Let’s call this article for what it was,” Mr. Gordon wrote. “It wasn’t journalism. It was business.”

Looking at it that way, the article does seem of a piece with this Politico house ad that appeared in the Wednesday print edition. Name-checking comScore and Poynter.org, it’s obviously targeted at a media-conscious audience, and it boasts that Politico strikes a “perfect balance” and has “the most balanced audience.” 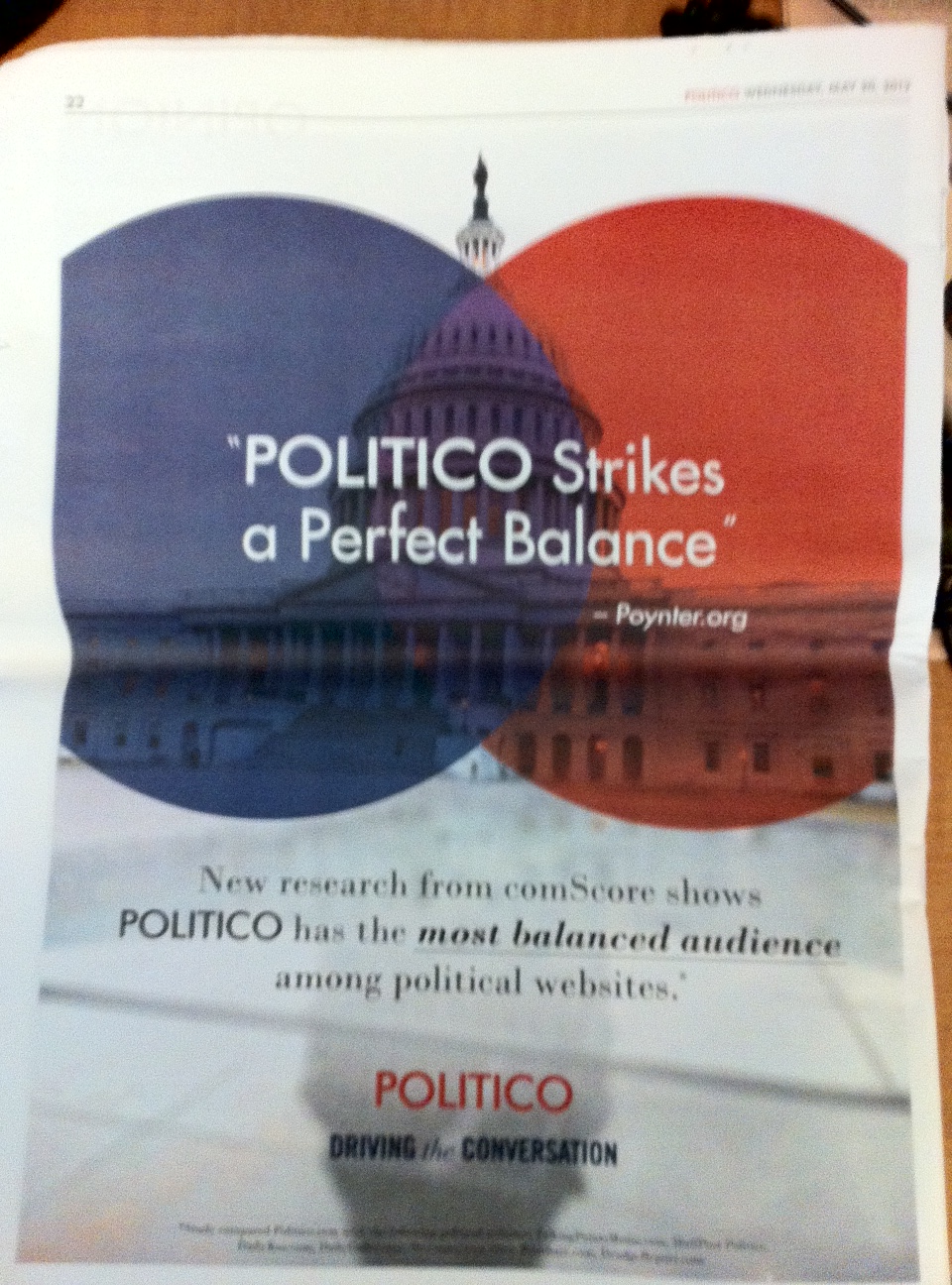