In his appearance on The View this morning, President Barack Obama was given a pop culture quiz that included a question about America’s most overexposed reality TV family phenomenon–the Kardashians. View host Joy Behar asked the president if he knew which Kardashian had an infamously brief marriage earlier this year.

“That would be Kim,” the president said, before catching himself and trying to explain his Kardashian knowledge as merely a side effect of his sports fandom.

President Obama said he was only aware of Kim Kardashian’s failed marriage because her husband was NBA basketball player Kris Humphries and not because of her many appearances in celebrity tabloids or her E! reality show.

Sure thing Mr. President. Sure thing.

“I don’t know that,” the president said. “But I’ll ask Michelle when I get home.” 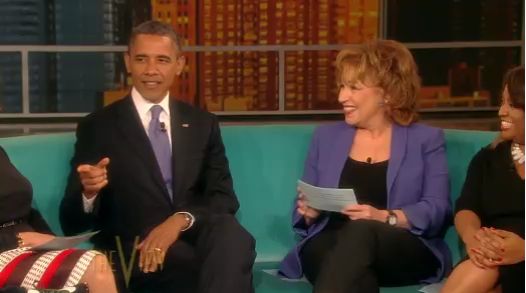