Today, President Barack Obama is pushing his economic “To Do List”for Congress. President Obama will be meeting with House Speaker John Boehner, Senate Majority Leader Harry Reid, House Democratic Leader Nancy Pelosi and Senate Minority Leader Mitch McConnell later today to encourage them to act on the proposals in his list. He started the morning at a Washington D.C. deli, Taylor Gourmet, where he had a roundtable discussion with the deli’s owners and other small business people that he claims would benefit from the new hire tax credit that is one of the five items on his list. While appearing at the deli, President Obama was asked by reporters about his plans for his meeting with the Congressional leadership.

“I’m going to offer them some hoagies,” he said.

In addition to the new hire tax credit for small businesses, President Obama’s “To Do List” for Congress includes eliminating tax incentives for companies that ship jobs overseas, making it easier for homeowners to refinance their mortgages, extending the Production Tax Credit to green energy firms and creating a Veterans Job Corps. The Romney campaign has criticized the “To Do List” by saying the president should focus on his own policies rather than instructing Congress.

In his appearance at the deli this morning, President Obama told the assembled small business people he would like to help them with the small business tax credit.

“We’ll see if Congress is willing to act,” he said.

Update (12:49 pm): According to an updated press pool report filed by Politico’s Donovan Slack the president ordered Taylor Gourmet’s 12-inch Spruce Street hoagie, which has roast turkey, prosciutto, roasted red peppers and sharp provolone for his lunch with the Congressional leadership. Deli employees were unsure which types of sandwiches the president ordered for Congressional leadership, but his hoagie bill totaled $62.79. 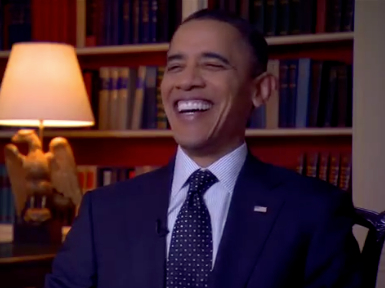