Last night at the Harboring Hearts Spring Gala at the Rubin Museum, Real Housewives of New York star Sonja Morgan sniped about her new co-star, Aviva Drescher, calling the latter out for only joining charities after she knew she would be on the show.

“We all went to one of her SoulCycle events, but she wasn’t really involved with any charities,” the ex-wife of JP Morgan told The New York Observer. “I ran into her ex-husband (Harry Dubin) and he was just as surprised; he said Aviva never did any philanthropy.”

This was quite surprising, as we had interviewed Ms. Drescher prior to her Housewives announcement, and the three causes she was involved with played a major role in her story.

“She just told you that because she knew she was going to be on the show,” Ms. Morgan sneered.

We called Ms. Drescher for a response. “That’s about as silly as saying that I have two legs,” said Ms. Drescher, who has worn a prosthetic leg since she was a child.

“It’s absurd. I’ve been helping people who were amputees, one-on-one, since I was 20. I’ve been the national spokesperson for One Step Ahead for approximately five years.”

“Besides, Sonja Morgan is an alcoholic,” Ms. Drescher added. “She has to be carried out of every party.”

It’s fair to say that we’ve marked down June 4th for the Bravo premiere of The Real Housewives of New York City for what is sure to be an amazingly back-stabby season. 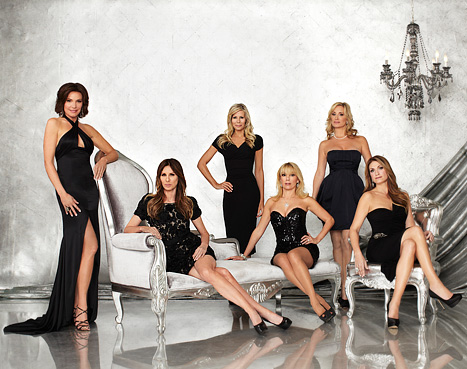