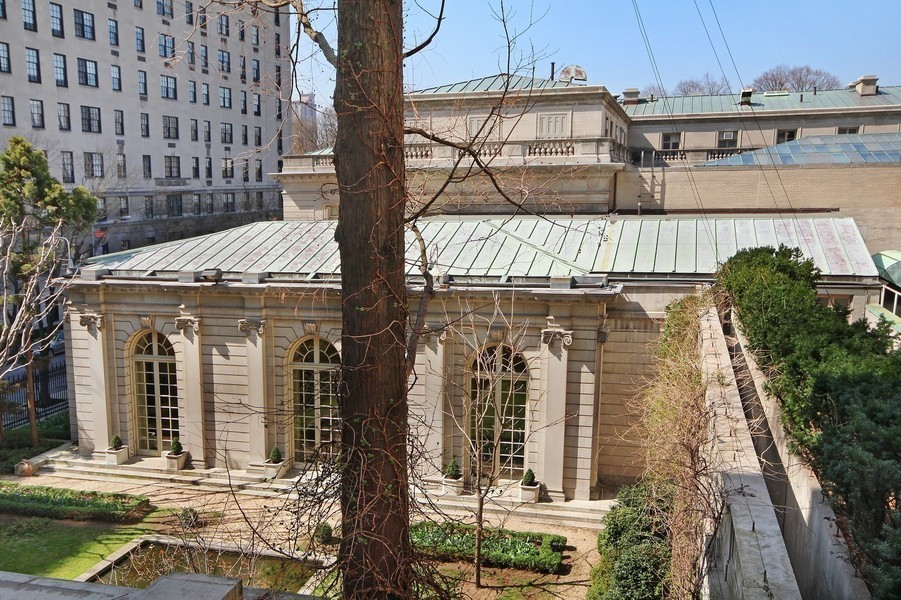 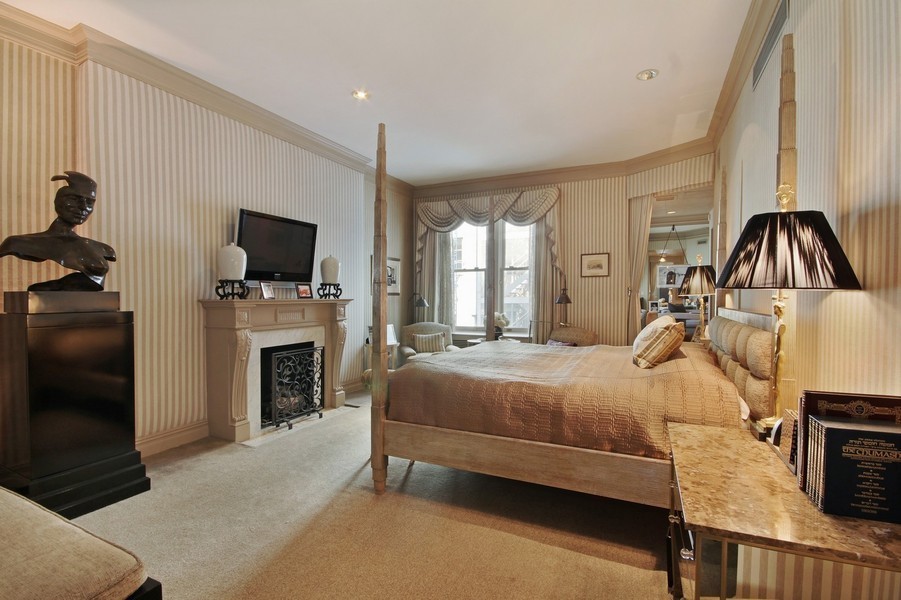 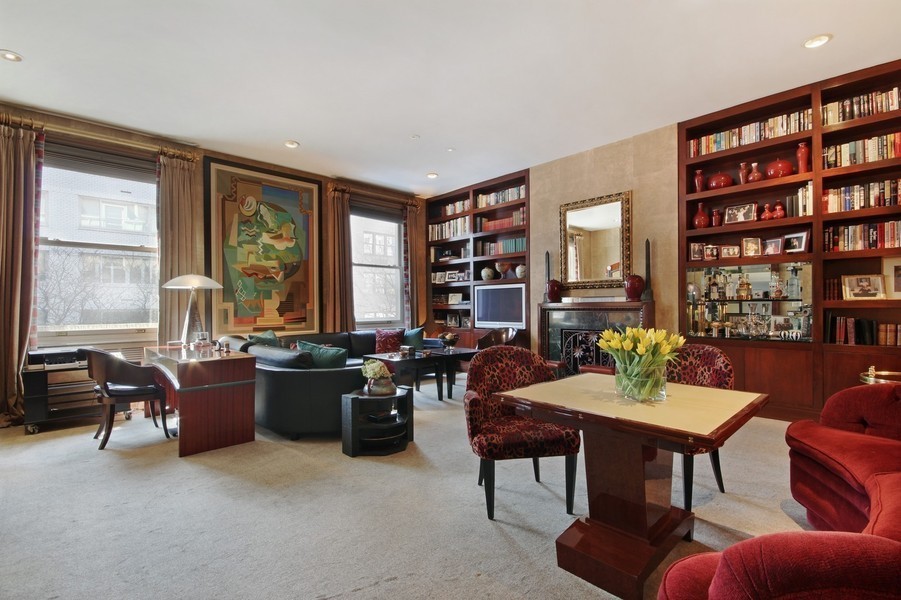 What kind of library would be without custom bookcases and a fireplace?
Advertisement 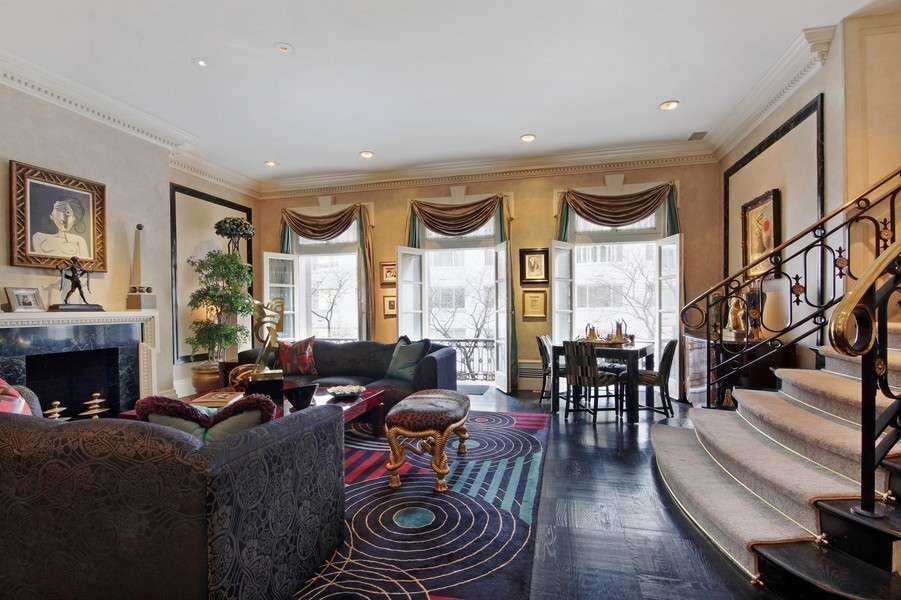 The grand staircase to the dining room 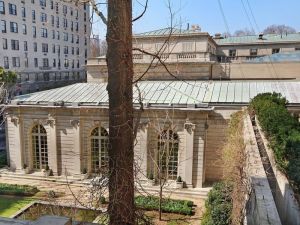 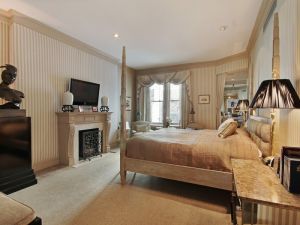 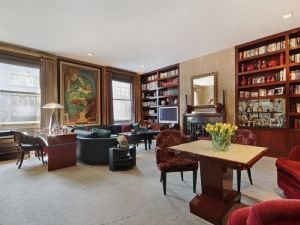 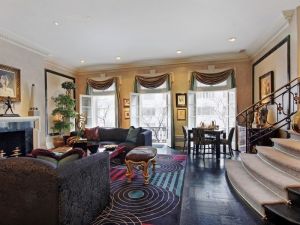 Certainly Jerry W. Levin, the former CEO of Revlon, knows how to show something to its best advantage. So it’s no surprise that he managed to get the full $10.5 million ask for his full-floor condo, and in record time, too.

The three-bedroom, 4.5-bath in a French classical limestone mansion at 11-15 East 70th Street, listed Corcoran brokers Wendy J. Sarasohn and Jamie Joseph, certainly had its make-up professionally done for its  photos, which show a sprawling and lavishly-decorated space. And its looks quickly caught the eye of whoever is behind limited-liability company Kinderman LLC.

Besides being steps from Central Park (enough or a perk to make even the teensiest pied-a-terre look like a knock-out), the home has a living room with three sets of French doors that open onto an oversized Parisian balcony. A grand staircase leads to the dining room and library, with fireplace, Southern-facing windows and custom bookcases.

The master-bedroom wing comes with a bedroom avec fireplace and two marble bathrooms (having only one could lead to the occasional inconvenience, after all), a walk-in closet a separate sitting room and home office overlooking the Frick.

Other features include a separate wing for the two additional bedrooms (each with private bath), a dramatic entry foyer and an eat-in kitchen. We wonder if it comes stocked with Hagaan-Dazs, one of the brands that Mr. Levin oversaw during an earlier stint as a Pillsbury exec?

(May we note, it may be a nice housewarming present for the delightful LLC that’s soon to move in).

Mr. Levin and wife Carol purchased the home some years ago, during Mr. Levin’s climb to the top of the corporate ladder. But not to worry, we’re sure he’ll be able to afford a nice new place, as he’s currently chair and CEO of Wilton brands, and services on the Board of Directors for Saks and U.S. Bancorp.