The drug issue appeared to give the other candidates a chance to strike a robust counterpoint to Payne, who said he would consider decriminalizing drugs for nonviolent offenders.

“Decriminalizing drugs is giving up,” said the councilman.

Generally regarded by insiders as the field general of a more effective campaign than Gill’s – he’s sewn up pockets of public-sector labor support and key pieces of South and Central Ward backing – Rice has another problem, however, which tonight sat to his far left on the dais.

Irvington Mayor Wayne Smith has quietly but steadily become a pest to the already grappling Rice and Gill, as the mayor tonight again confidently displayed command of the issues with a flair for language and his own easy-going street-level flourish.

“Despite all the accolades that candidates like to give themselves,” he said at one point, he actually possesses the reward of street-level interaction with constituents as mayor, he argued.

While Rice and Smith appeared comfortable sparring over who can most sharply deliver the most polished soundbite that expresses the same position on an issue, Gill took up the twin broad swords of gender and legislative experience.

“The only thing I won’t know is where the ladies room is,” she said of her first day in Washington, D.C.

She belted Rice specifically at one point after he described his desire to roam the country in search of fights with Tea Party congresspeople to help eliminate them in political contests.

“You have to skillfully enter into the legislative process,” she instructed icily. “Running around is not what is important to the people of the 10th District.”

“You have to do both,” shot back Rice, who made the point that President Barack Obama will be stymied as long as Republicans own the majority in Congress. Rice also followed up tonight on a point he has made since he entered into the contest and that is that he wants to challenge his fellow Democrats to be more accountable and to strive for better results. Healthcare reform, in particular, he said, fell far short of what it should have been.

Smith went for an easy laugh when he said, “No Child left Behind is fine. They just left the money behind,” which Rice agreed with when he described the act as an unfunded mandate that needs to be gutted.

AT&T employee Cathy Wright and Air Force serviceman Dennis Flynn presented themselves as regular folks who have not yet been devoured by elected office. They both prompted laughes from the audience when they acknowledged that friends and family accounted for the biggest contributions to their respective campaigns.

Flynn railed against the two-party system and the mainstream monotones of Democrats and Republicans, apparantly unwilling to confront the reality of running in a Democratic Primary.

Gill went back to her Zen-like mantra in her closing statement when she reiterated her observation that New Jersey sends zero women to Congress.

“I know how they pull the levers of power,” she said, referring to males. 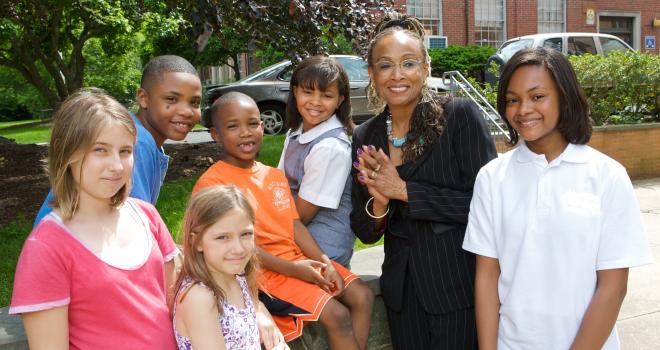