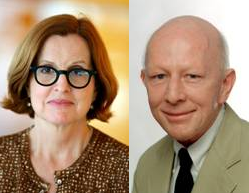 Ms. Smith is set to receive an Honorary Doctorate of Fine Arts from the San Francisco Art Institute during its commencement ceremony on May 12, according to a statement released by the school.

Meanwhile, Mr. Cotter is at work on a book of his collected writings for Knopf, says an item in The Times-Picayune. Mr. Cotter had been a scarce presence at the paper for much of this year, until returning midway through April with a huge set of articles about art in Africa.