Bee Gees co-founder Robin Gibb lost his battle with cancer Sunday. Mr. Gibb had been struggling against the disease for years, appearing to fight off liver and colon cancer in 2010 before a recurrence this year. In the end he succumbed to complications following intestinal surgery.

In the late 1950s Mr. Gibb and brothers Barry and Maurice founded the Bee Gees and soon became stars in Australia. They didn’t become internationally famous until the late 1960s, when Australian impresario Robert Stigwood dubbed the trio “Most Significant Talent of 1967.”

The group really took off with the advent of disco and smash hit Saturday Night Fever, which premiered in 1975. For most of the last 5 years of the 70s you couldn’t go anywhere without eventually hearing the Bee Gees’ wailing falsettos performing hits like “Jive Talkin’,” “Stayin’ Alive,” or “How Deep is your Love.”

Until, that is, the world suddenly decided disco was loathsome in 1979 or so. But even then members of the group remained undaunted. Robin Gibb and his brothers continued with solo efforts and also penned songs for artists like Barbra Streisand and Diana Ross.

As Rolling Stone‘s obituary for Mr. Gibb notes, it now seems a little ironic that next week’s Glee will riff on Saturday Night Fever. 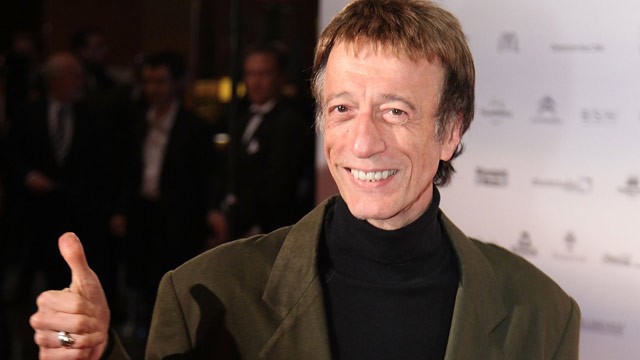