While campaigning in Ohio last night, Joe Biden stopped at the Naples Spaghetti House where he crossed paths with a Romney campaign spokesman, Ryan Williams, who questioned him about his policies on coal. Mr. Williams discussed his run-in with Mr. Biden with The Politicker.

“I was sitting at a table next to him. One of his staffers seemed to inform the Vice President that I was a spokesperson for the Romney campaign,” Mr. Williams said. “The Vice President mentioned me by name, asked me to come over. I walked over, I shook his hand, he introduced me to his dinner companions, asked me to sit down. I didn’t sit down. … I asked him, I said, you know, Mr. Vice President, it’s interesting that you’re here in coal country today given your staunch opposition to coal. Do you disagree with that?”

Mr. Williams is based in Mitt Romney’s campaign headquarters, but he regularly travels to Mr. Biden’s public events to, in his words, “provide a response to reporters” and he attended the Vice President’s event yesterday in Youngstown. Though he regularly tails Mr. Biden, Mr. Williams told us their meeting at the Spaghetti House was a chance encounter.

“After coming down from Youngstown, I got to Steubenville and was looking for a place to eat and there are not many restaurants in Steubenville,” Mr. Williams said. “So, I drove around a little bit for a restaurant, found this one in particular, the Spaghetti House.”

Mr. Williams was accompanied by Mr. Romney’s Ohio communications director, Chris Maloney. He said they realized they chose the same restaurant as the Vice President in the parking lot when they ran into the Mayor of Steubenville, who informed them of Mr. Biden’s presence.

“We had just seen the Vice President earlier in the day in Youngstown and decided to go in,” Mr. Williams said.

Mr. Williams specifically questioned Mr. Biden about a 2007 statement he made claiming coal pollution was more dangerous to Americans than terrorism.

“That’s a fairly irresponsible comment,” said Mr. Williams. “I asked him about that and he seemed to not want to answer the question, so I went back to my table, and sat down and enjoyed my chicken parmesan.”

“He got up and moved. He was about three feet from me and, after our interaction, he moved into another part of the rest to finish his meal,” said Mr. Williams. “I didn’t go back and approach him after our interaction, we had already interacted and, as my mother taught me, you should never interrupt people during dinner.”

Mr. Williams apparently enjoyed his meal at the Spaghetti House.

“It was delicious. I would recommend that anybody traveling through Steubenville, Ohio should stop by the Naples Spaghetti House and order the chicken parmesan,” said Mr. Williams. 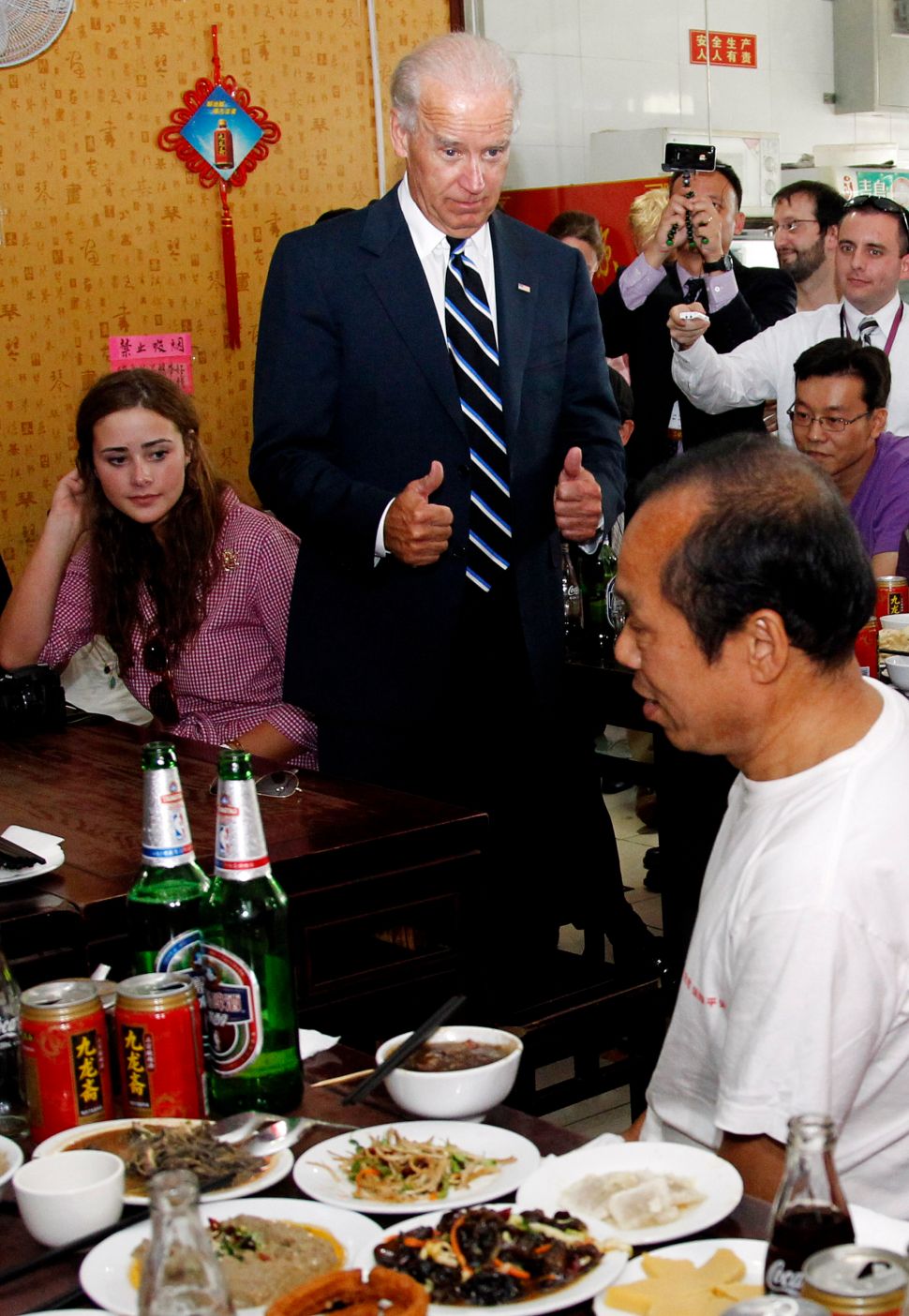