Paterson gives off that toughness vibe that politicians here even in the leafiest, lawnmown burghs of Jersey strive to embody, and which they quietly envy, if they’re not from Silk City.

The place has a history of devouring outsiders politically, starting with the Jersey Devil, who legend has it tried to terrorize the locals and ended up getting dropped in the Great Falls.

You don’t mess with Paterson unless you have a game plan, and even then the record’s not good for those who try.

In 2010, Republican Felix Garcia hung a rock concert-sized banner of himself in the city and succeeded in rousing Pascrell’s biggest counteroffensive ever. The debate scenes turned into theater pieces that ended with Republicans all but getting ridden out on rails by pro-Pascrell crowds.

Against that backdrop, U.S. Rep. Steve Rothman (D-9) from Bergen County has waded into local politics here with noticeable relish, risking a June 5 stir-up of what insiders say could be the city’s fortress mentality in defense of besieged U.S. Rep. Bill Pascrell (D-9).

Of course, he’s a Democrat trudging into a Democratic-run city so he figures he starts with at least the right brand, but his willingness to stand toe-to-toe in here causes mild worry among his own allies with institutional memory.

“If I was with the Rothman team, I would have collected that (Assemblyman) Gary Schaer (from Passaic City) endorsement and then just quietly walked away from Passaic County,” said a source, fretfully questioning a cornerstone of the Rothman strategy.

Team Rothman wrenched an endorsement out of the Latino ministers in Paterson, delighted in Dominican leaders and Mayor Jeff Jones electing to stay neutral, backed city council candidacies against Pascrell candidates in the May nonpartisan elections, and continues to brag about freely walking around the city in search of votes.

Just this past weekend, the congressman happily helped preside over a Math Olympics event in Paterson. He gave the keynote speech and rang the bell to start the competition that featured 24 nine-member teams of sixth-, seventh- and eighth-graders from schools across the city.  Nearly 400 students, parents and teachers were present.

“This is a very important congressman who sits on the very important Appropriations Committee,” said Board of Education Commissioner Pedro Rodriguez.  “He is going to help our city receive the funding that we need to help all of our people.”

Rothman told the crowd, “Looking out at all of these bright young faces today I see future scientists, lawyers, future teachers, police officers and maybe even a future president. If you work hard and do your best you can achieve great things for yourselves, your families, your city, our state and our country.”

He later called his participation in the event one of his all-time peak experiences in public life.

“We’re not conceding any votes anywhere,” said campaign strategist Paul Swibinski. “We’re competing for votes everywhere, including Paterson. He has his base, and we have our base, that’s what makes it a great race. But we’re not writing anybody off.”

Good, say the Pascrell allies, who thrive on a fight, and need one coming at them to make one.

While the mayor has decided to stay out of the contest, prime political allies of Jones’ are engaged on behalf of the Patersonian congressman.

“I took down my lawn sign and put up my Pascrell for Congress sign,” said Ward 6 Councilman Andre Sayegh the day after he drubbed all comers in the May nonpartisan race.

Now she’s working with Assemblyman Benjie Wimberly (D-35) in the Pascrell re-election cause.

“What it comes down to is Bill Pascrell is a homegrown guy, I grew up in the same neighborhood as the congressman and I would always see him around,” Sumpter said. “What people have to understand in the city is they won’t have the same access to crucial federal government services concentrated here in the city of Paterson if Steve Rothman wins.”

Rothman may be trying to be the people’s congressman, but he’s still a Bergenite.

“Bill Pascrell just connects with the people,” said Sumpter. “He has that real touch, which is what all people want. We do well as underdogs, so when there’s a threat, we fight. That’s why you’ve seen us register over 10,000 new Paterson voters for this contest.”

Seeing Rothman around the city “is a wake-up,” said Wimberly. “Our congressman is being threatened. His opponent is coming into our territory and it’s time to get going.”

With Pascrell at a disadvantage in raw Democratic voter numbers, Paterson will have to yield the congressman huge turnout numbers in order for him to win. Observers continue to doubt that he can get there, even with Rothman by his presence providing the impetus for classic Paterson action.

“Paterson is going to break his heart,” said an insider, regretful on Pascrell’s behalf of what he sees as likely low turnout numbers on Election Day. “That city just does not perform in Democratic primaries.”

Patrick Murray, political scientist and pollster for Monmouth University, says Rothman’s strategy is not so much about winning votes as throwing Pascrell back on his heels in his hometown.

“He’s not going to win over the votes,” Murray said of Rothman, “but he can create doubt. It’s not as much about increasing votes as suppressing votes.” 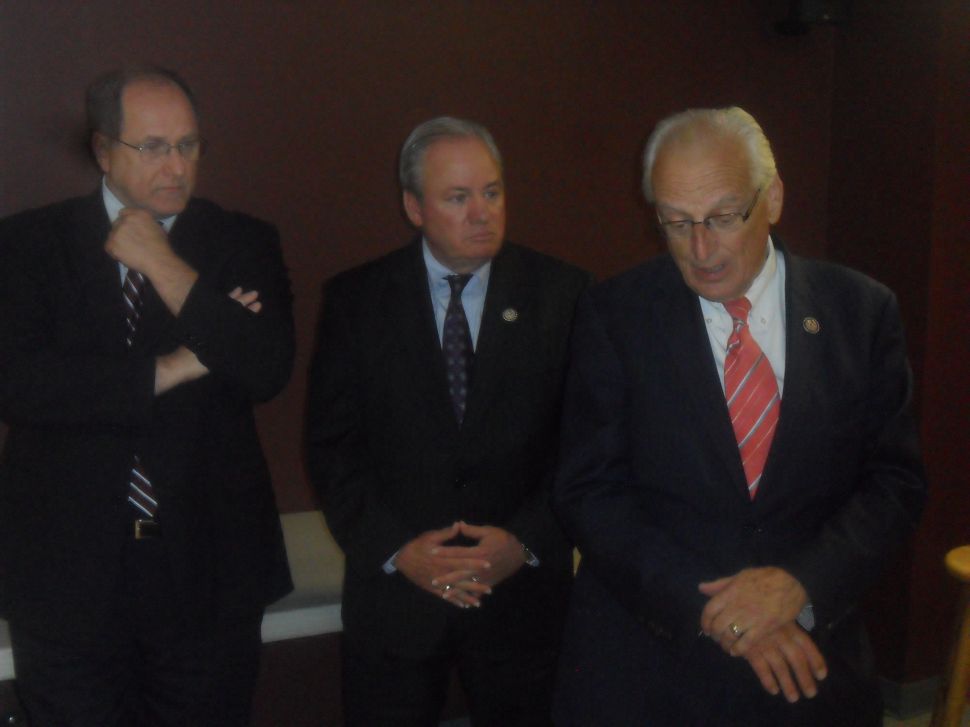