A radio ad from the Pascrell Camp has awakened the righteous ire of Team Rothman.

Stung by objective assessments of their TV ads as lies, Rothman allies ferreted out a Pascrell radio ad today that engages in similar truth twisting.

In the ad, the Pascrell campaign notes how every elected leader in Passaic County supports the incumbent Patersonian in his CD 9 joust with U.S. Rep. Steve Rothman (D-9).

“Bill Pascrell has a false radio ad running right now that he has the support of every major elected official in the city of Paterson and Passaic County,” said Swibinski. “That ad is blatantly false because he has not been endorsed by the mayor or the only five Latinos holding public office in the City of Paterson or the assemblyman from Passaic or other members of the Passaic City Council. If that doesn’t reek of utter desperation I don’t know what does.” 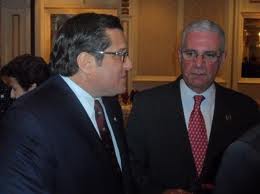