Now, the same committee is preparing to interview the governor’s other nominee to the state’s high court, and the committee’s chairman, Sen. Nicholas Scutari, (D-22), Linden, has indicated this hearing may not last as long as the first, which took up a good portion of the day.

“I don’t think it’s going to be an extraordinarily long hearing because there’s just not a lot of experience to question him on,” Scutari said Monday, referring to the upcoming hearing for nominee Bruce Harris.

That statement cuts to the heart of the Harris nomination: He lacks courtroom experience, say his critics.

The chairman spoke briefly about Harris’ confirmation hearing after the committee breezed through 17  Superior Court judicial reappointments on Monday.

And one of his colleagues echoed those concerns.

“This is the Supreme Court that we’re talking about,” said Sen. Loretta Weinberg, (D-37), Teaneck, who also serves on the Senate Judiciary Committee.

“It’s got that word ‘supreme’ in it to indicate something,” she said. “I’d suspect that we would want people with the highest caliber with the most appropriate experience to sit on the Supreme Court.”

Harris, who graduated from Yale Law School and holds an MBA from Boston University, has never served as a judge or tried cases in the courtroom.

Although Democratic lawmakers made it clear Harris’ lack of experience will be a major theme during his confirmation hearing, they would not go so far as to say outright that it will be enough to quash his nomination.

And on that, Republicans say the governor’s nominee is absolutely the right choice.

“He is amazingly qualified,” said Sen. Kevin O’Toole, (R-40), Cedar Grove, adding it’s “not an ordinary feat” for just anyone to have Harris’ level of graduate and postgraduate studies, in addition to working at prestigious law firms.

O’Toole posed the question of whether “an individual who’s an ambulance chaser” and has been in the courtroom thousands of times would be better suited for the position.

“Does that make him or her qualified?” O’Toole asked. “The answer is no.”

As for whether Harris will be released from committee, Republicans say they’re as unsure as the next person.

“Will they release him from committee? Only God knows,” said Sen. Gerald Cardinale, (R-39), Demarest.

“They crucified Kwon,” he said. “God only knows what they’re going to do.”

The committee voted 7-6 to reject Kwon’s nomination, with all five of the panel’s Republicans and one Democrat – Brian Stack, (D-33), Union City – voting in favor. 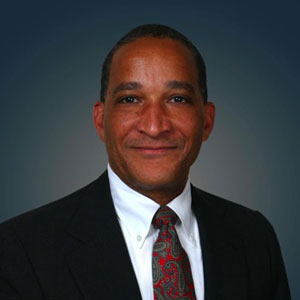