Considering our profile of Mr. Pinsky and multiple features about the battle between Stanford and Cornell to win a chance to build on Roosevelt Island, it was not unlike seeing the pages of Betabeat on stage–only with free pastries and a lot more suits.

The event, which was sponsored in part by the Observer Media Group, was moderated by New York Observer editor-in-chief Elizabeth Spiers and former New York City Council member Kenneth Fisher from Cozen O’Connor, another sponsor.

We were hoping the panel would touch on the often-overlooked subject of failure rates among startups, which surfaced recently in a report about the state of Startupland, New York. And the topic did indeed arise, by way of an anecdote from Mr. Gotsman, who said one of the key traits of a good entrepreneur is willingness to take a risk. “If he’s not willing to take a risk, he’s dead before he starts, he’s just not going to start,” said Mr. Gotsman, before launching into what he called “a really bizarre example.”

“I was recently sitting in McKinsey–the McKinsey here in New York, the management consultants. They were helping us to do some research behind offerings on the new campus,” said Mr. Gotsman. They had assembled a team of 15 “techies” from within McKinsey, that included recent graduates from Stanford, Princeton, MIT, Berkeley and the like who had studied computer science and engineering, even up into the post-doc level. “Literally I could see the sparkle in their eye,” when he talked about the mission of the applied sciences campus, said Mr. Gotsman. “I asked them, why are you guys not out there making startups?” he said, “Why are you sitting here in McKinsey giving me advice about how to do it? They answered, ‘We didn’t want to take the risk.'”

Mr. Gotsman said the city needs to figure out a way to educate and help the best and brightest to become less risk averse.

Mr. Pinsky chimed in that the issue of risk was tied to the ability to build critical mass in the startup sector, which he called, “the biggest challenge that we face.”

Dean Huttenlocher put a finer point on it. “The reason critical mass is important in the tech sector is because 90 percent of startup companies go belly up,” he said, adding that employees are well-aware of that. “Until you have a critical mass where there’s a really good community not just in scale but also in strength of the networks of people across the corporate boundaries, it’s very hard to attract the best talent. Because they need to know that they know somebody at ten other startups so that when this one blows up, they can jump to another one seamlessly. They don’t have to spend six months unemployed. And that’s something that other areas of the country have that we’re just starting to build here.” 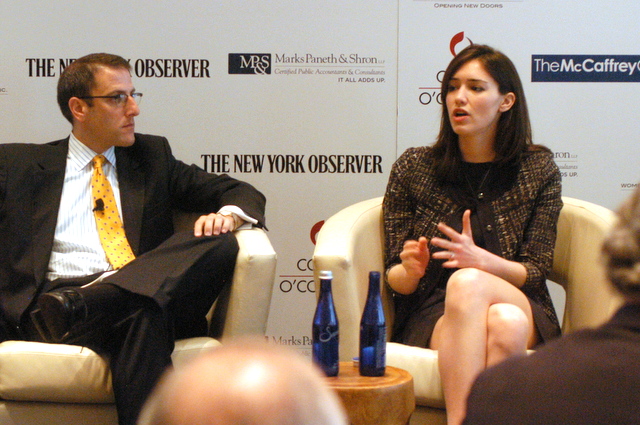