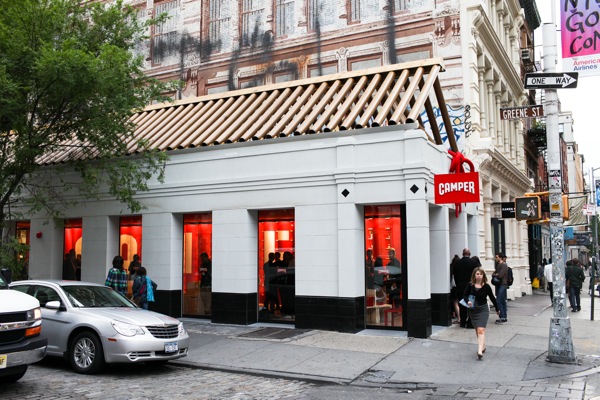 Mr. Ban told this old industrial building into "a house for shoes." 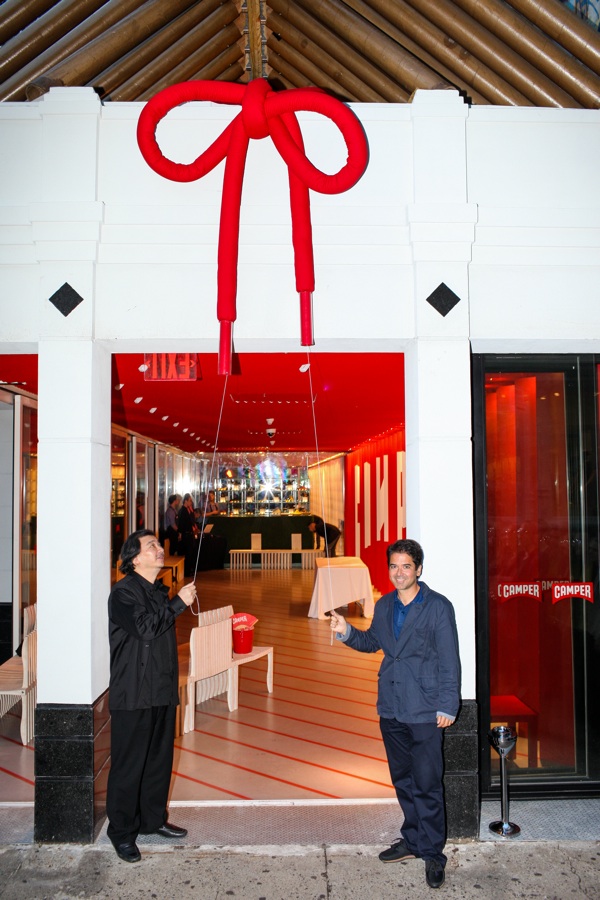 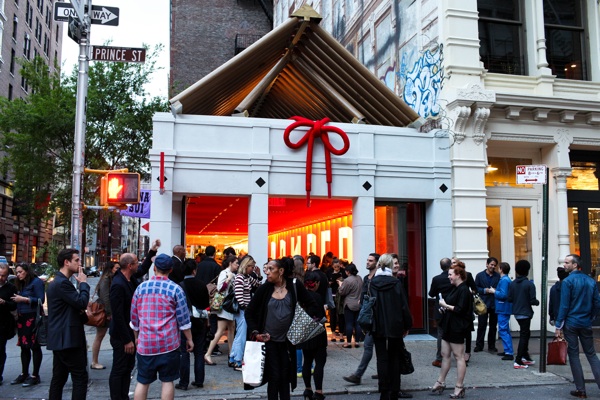 Crowds gather outside the shop. 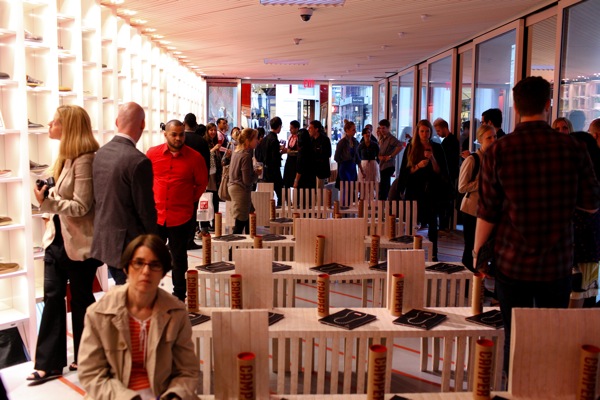 Instead of boring benches, the store uses chairs designed by Mr. Ban, made up of wooden slats that can be assembled in various configurations.
Advertisement 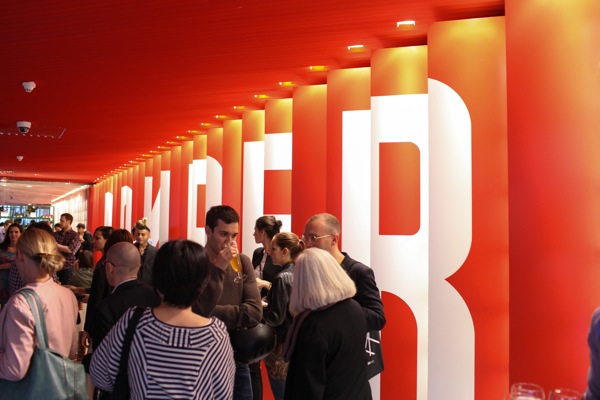 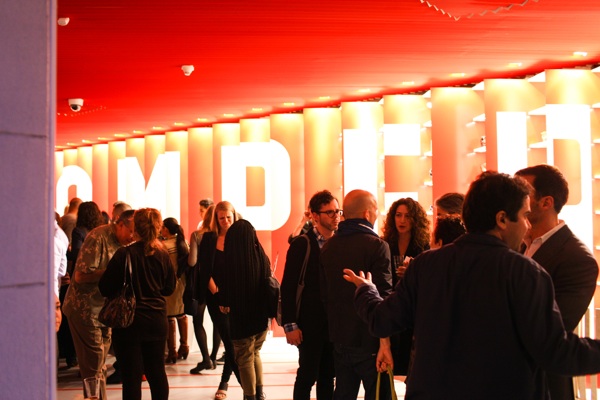 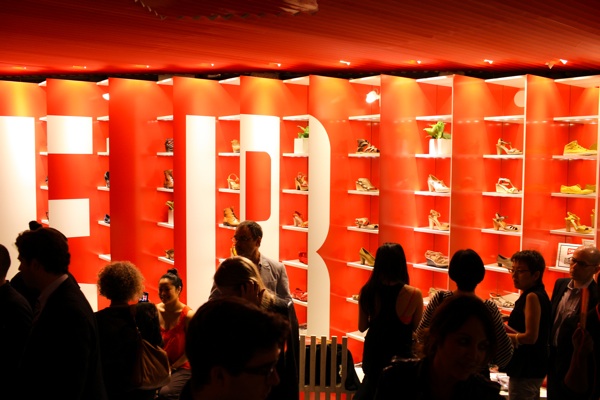 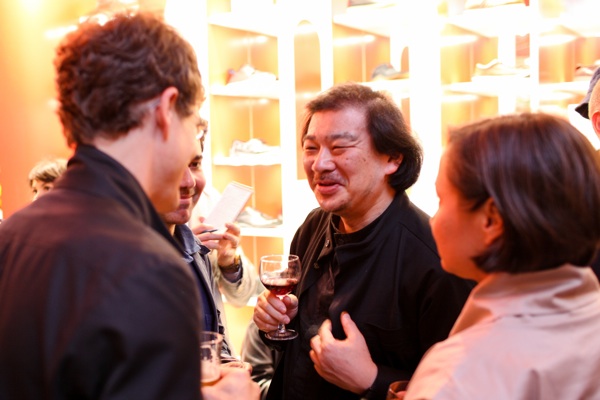 Mr. Ban shares a smile with some admirers. 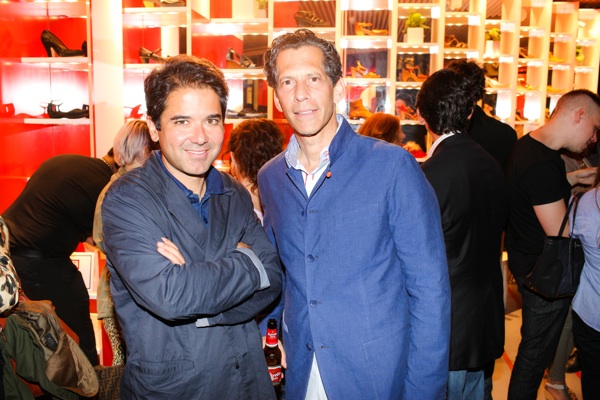 Mr. Fluxa and Dean Maltz, an architect with whom Mr. Ban runs his New York office. 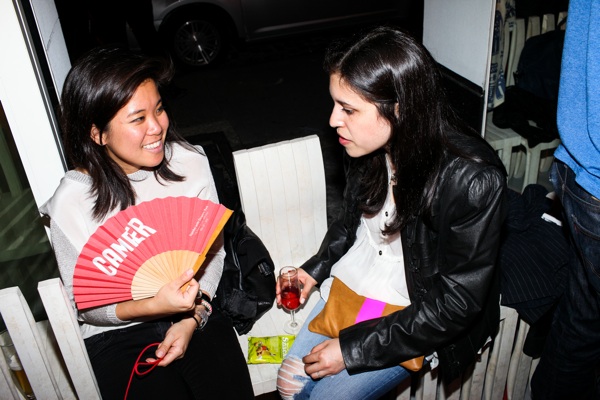 Trying to keep cool on some of Mr. Ban's funky seats.
Advertisement 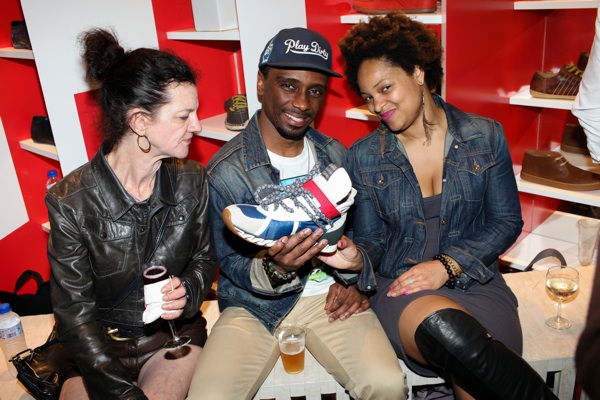 The shoes were in fact in sale (beware drunk shopping). 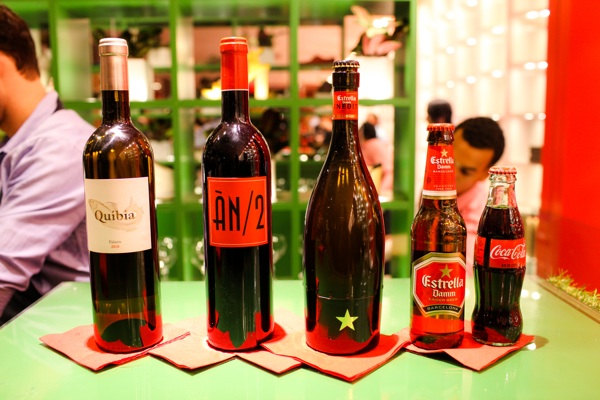 Some of the Spanish delights on offer. 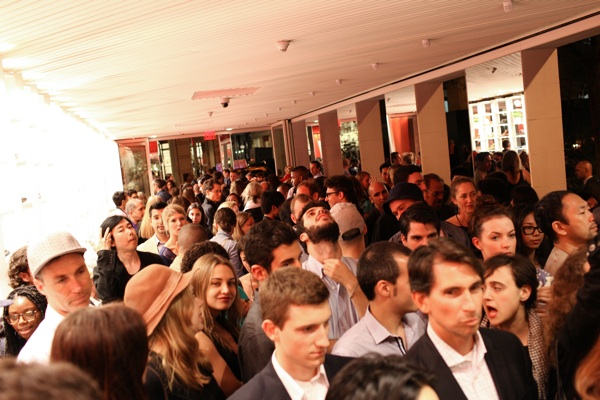 It was quite the scene. 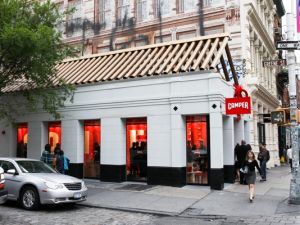 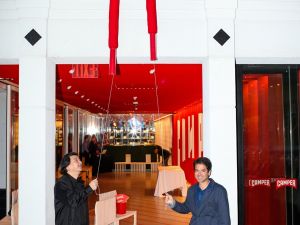 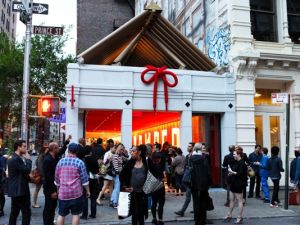 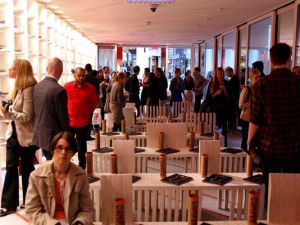 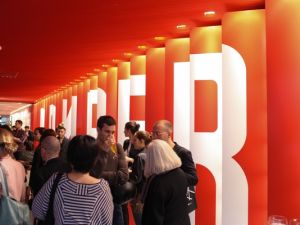 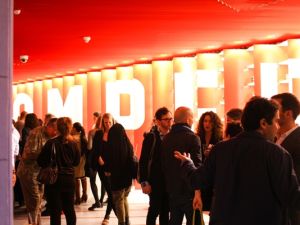 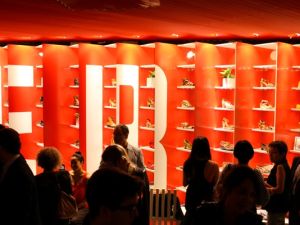 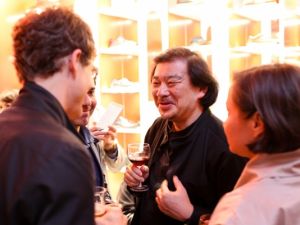 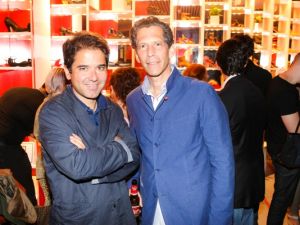 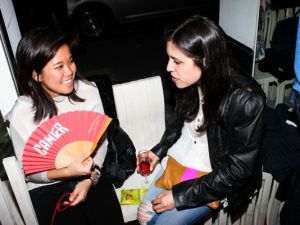 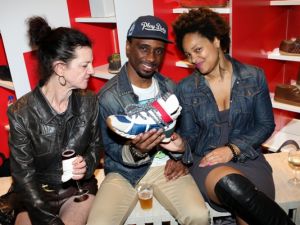 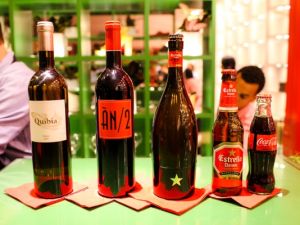 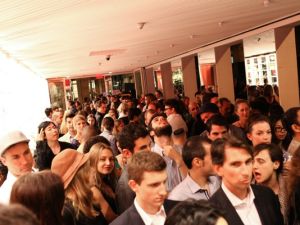 Shigeru Ban, one of the world’s most brilliant architects, is generally the quiet type, both in demeanor and design.

That made him quite out of place at the new Camper store on the corner of Prince and Mercer on Tuesday night. Mr. Ban stood quietly, drank quietly, spoke quietly to the handful of visitors who actually knew who he was—they all were or looked like architects themselves. All the while a full-on downtown party, in honor of the store’s opening a few weeks ago, raged about Mr. Ban in the shoebox-sized, and shoebox-filled, storefront.

Hipsters and fashion plates surged about for Estrella beer and Cava cocktails, where the cash-wrap had been turned into a bar and DJ booth, dance music and light rap clanging out of the speakers. A table of Spanish delicacies (of which Camper might be considered) had olive oil cakes, those quiche like patatas, marcona almonds piled atop sliced cheese, olives both green and black and, in the golpe de gracia, a gentleman slicing off morsels from a leg of jamon iberico.

Mr. Ban barely seemed to notice, gazing about happily. It would be wrong to think he was ill at ease, for Mr. Ban has a broad smile he deploys readily and frequently. “I’m not used to these sorts of things,” he amiably admitted. “Never for my buildings.

The Japanese architect was there, of course, because this was one of his ethereal, ephemeral works, designed at the behest of the Spanish shoemaker. He is best known for his work designing with industrial strength paper tubes of all sizes, a detail that made an appearance here the form of a stylized pitched roof. Another marquee feature is the fluidity between inside and out, one that came in handy inside the sweltering space as the hefty floor-to-ceiling windows slid out of place, opening up the entire shop to the cooler (but still muggy) air beyond.

“I wanted to create this as a house of shoes,” Mr. Ban said. “Before I built the roof, this building was a part of its surroundings. It is shorter, but it is industrial. I wanted to build something that was totally isolated, that stood out in Soho, so I made a house. A pitched roof is so out of context for Soho.”

The new store is just down the block from the longtime Camper outlet, on the corner of Wooster and Prince. “This is an iconic place for us, so we wanted to do something special” Miquel Fluxa, Camper’s general manger and a son of the company’s founder, told The Observer. “We always admired Shigeru’s work. He has some of the same elements as us, the way he works, the cuts, the aesthetic, which is very poetic and all about the design.”

The most remarkable part of that design is a giant Camper logo that takes up the inside wall of the space. Seen from across Prince street, that is all it is, but like one of those old triangulated billboards, the wall changes as visitors enter the space and realize nooks for displaying the shoes are hidden on the other side. “I tried to make it a surprise, so you find the Camper before you find the shoes,” Mr. Ban said. It serves as a great billboard, too, come to think of it.

Just like Mr. Flux, the location was special for Mr. Ban, as well, but in a different way. It is his first U.S. retail project, and he said there is nowhere he would have rather built it. “New York is kind of my second home, because I went to school here, so it’s wonderful to do something in my hometown,” Mr. Ban said. “It’s always something different here, and I like to be a part of that.”