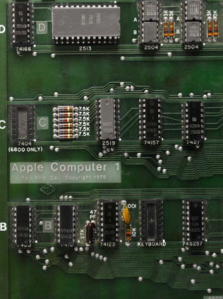 On June 15, Sotheby’s will auction an Apple I, “an exceptionally rare working example of the first Apple computer.” It is believed there are less than 50 of the computers in existence, and only six in working condition.

Steve Jobs and Steve Wozniak created the Apple Computer in 1976 and that year presented it to the Homebrew Computer Club in Palo Alto, Calif. Paul Terrell, the owner of Byte Shop, bought 50 for $500 each.

This artifact from the earliest days of personal computing, which will come replete with the original cassette interface and a rare BASIC users’ manual, will be included in the house’s books and manuscripts sale, and is estimated to reach $120/180,000.

But, before you drop six figures on this rare piece of computing, keep in mind that the Apple I did not come with a monitor, keyboard or power supply.

Filed Under: Sotheby's, Apple I