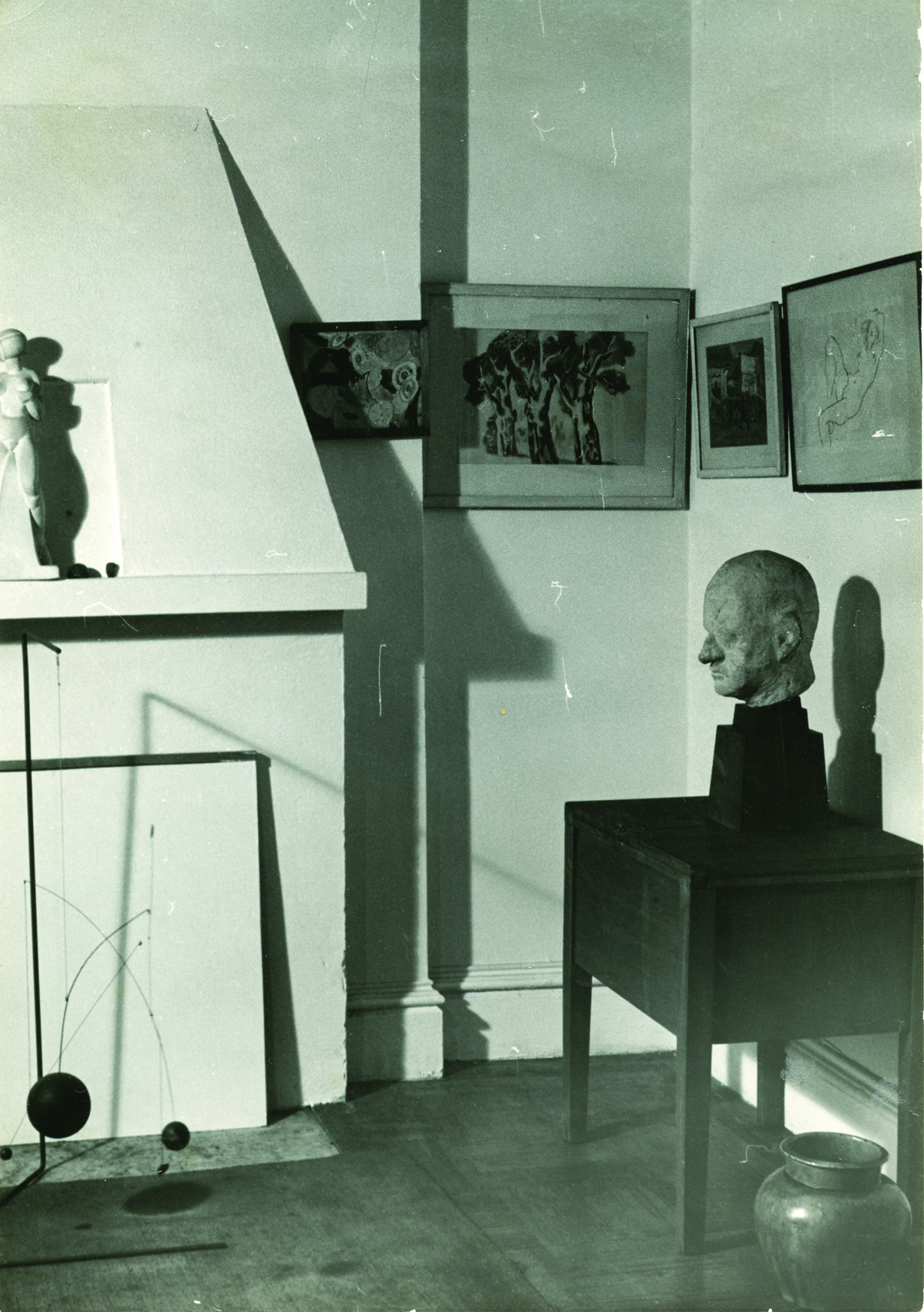 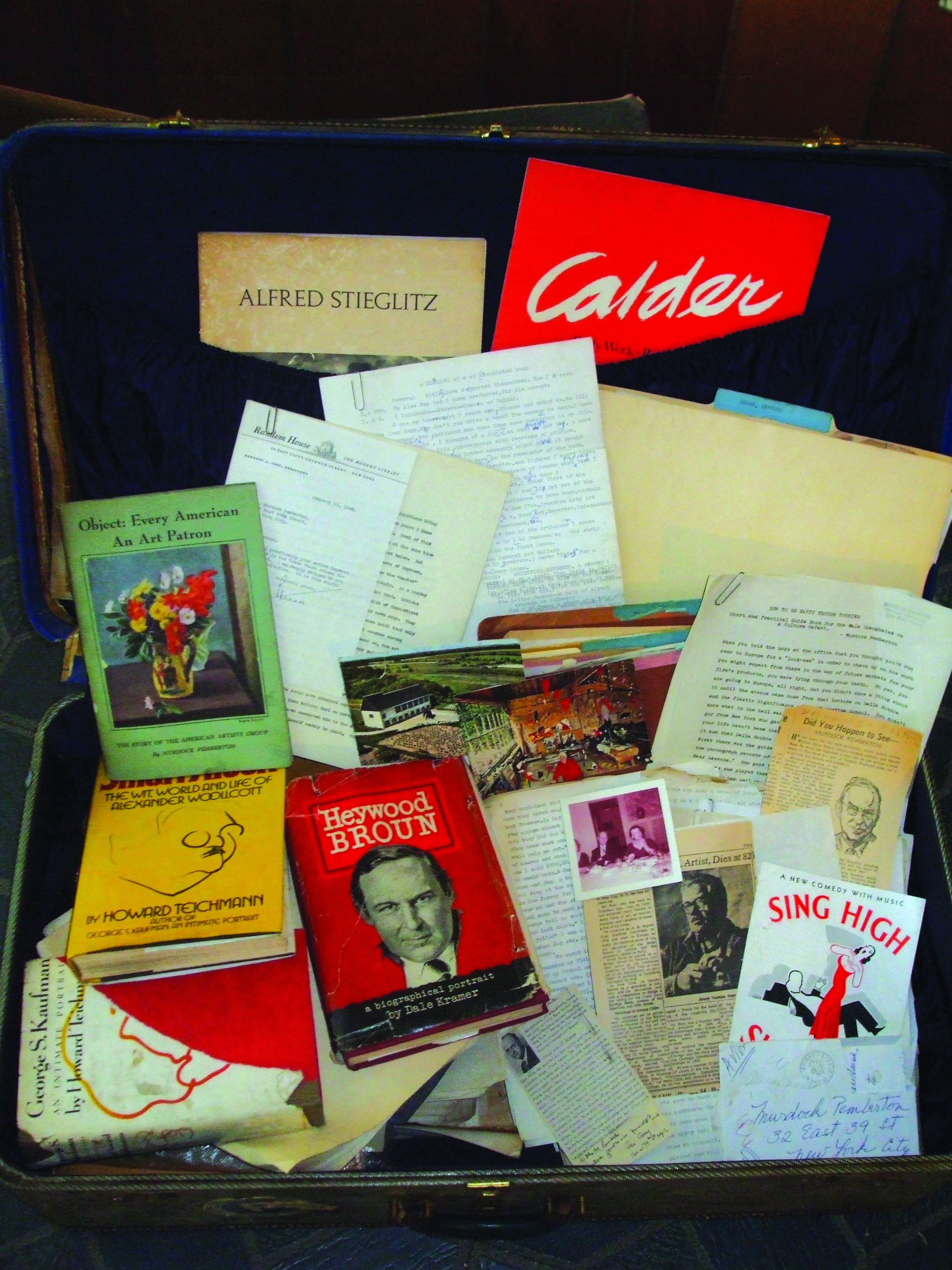 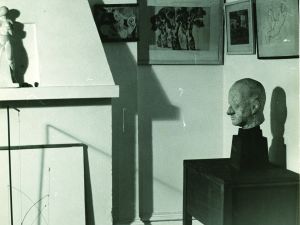 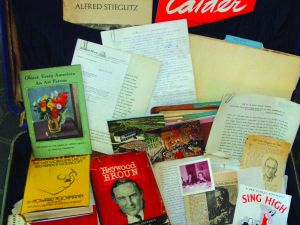 A few years ago, Sally Pemberton was digging around her mother’s house on Long Island when she happened upon a suitcase that belonged to her grandfather, Murdock Pemberton, who had died in 1982 at the age of 94. She popped open the lock and found correspondence with his mistress, letters from artists and gallery brochures that stretched back to before World War II. Intrigued, she continued rummaging and soon found a second suitcase that contained kind letters from Alfred Stieglitz and Georgia O’Keeffe.

Though Ms. Pemberton knew that her grandfather had been a prolific writer and one of the founders of the legendarily boozy group of cultural types known as the Algonquin Round Table, “I didn’t really have a sense of how well known he was or how known he should have been,” she told Gallerist. No one she talked to in today’s art world seemed to know about him, and this writer was admittedly unaware until Portrait of Murdock Pemberton: The New Yorker’s First Art Critic, landed in his mailbox some weeks back.

Ms. Pemberton recently self-published the seven-pound, 400-page tome after more than two years of research. Richly illustrated, it includes excerpts from the writer’s weekly columns for The New Yorker and sundry other publications from the 1920’s and 30’s, as he tried to woo indifferent Americans to the pleasures of modern artists like Stieglitz, Marsden Hartley and Charles Demuth.

He spent plenty of time in galleries, providing a running narrative of artistic developments, but also pursued some more adventuous pieces. In 1928 he published “Some Impertinent Questions”—57, actually—to the Metropolitan Museum’s trustees, demanding transparency in its operation and collecting habits, and met with Matisse for a Talk of the Town item two years later: he reported that the artist had been impressed by the Met’s early Corots, was ignorant about American art and took joy in “eating chicken and drinking cocktails.” (Madame Matisse, it seems, kept him on a strict diet of vegetables at home.)

He was also a staunch defender of artists, quipping after the sale of two van Goghs for $50,000 apiece, “We hope there is something in the theory of reincarnation.” And he hustled for them too, arranging a meeting for Isamu Noguchi with city-planning maestro Robert Moses. “Moses basically laughed them out of the office,” Ms. Pemberton said. “Noguchi said he was never going to work with the New York City Parks Department again, and he started working overseas.”

Ms. Pemberton is not blind to her grandfather’s vices. After championing Man Ray repeatedly, the critic apparently learned his decades-long mistress had a brief fling with the artist in Paris and subsequently panned a 1932 show as “very flat.”

When people think of the era, the critic who typically comes to mind is Henry McBride. Why not Pemberton? For one thing, The New Yorker unceremoniously fired him in 1932, after his mediocre appraisal of art by a staffer’s wife. He was also restless, interested in everything. He penned plays and a cocktail column for Esquire, and did PR. He never managed to get his memoirs published or secure his legacy. (McBride’s letters are preserved at Yale.) He returned to The New Yorker in the 1960’s, but the regime had changed: he worked in the mailroom.

But perhaps Pemberton’s moment has finally arrived. The city is once again mad about cocktails, the owners of the Algonquin Hotel are trying to revive its scene and now there is Ms. Pemberton’s new book. “I really felt like he was guiding me the whole time,” she wrote Gallerist in an e-mail. “The pieces of the puzzle came together slowly.”