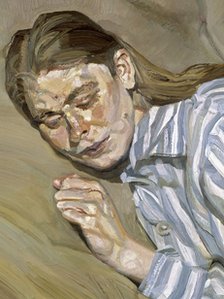 Tate’s director, Nicholas Serota, is having a great day, announcing that his museum has accepted a gift of nine prime postwar works, including pieces by the recently deceased Lucian Freud and David Hockney, from London collectors and philanthropists Mercedes and Ian Stoutzker. The BBC has the story.

Said Mr. Serota in a statement released to press: “The Stoutzkers have added exemplary individual paintings by two generations of British artists and have greatly enriched the national collection of art after 1960.”