We arrived late and wet Monday night to 5th floor of the Time Warner Building, which, ironically, happens to be the Allen Room and Atrium of Lincoln Center. (We absurdly assumed that this place would be located at Lincoln Center.) Unfortunately, our tardiness meant we missed the ”Performing Arts Salute to Science” show that kicked off The 2012 World Science Festival. Although we did happen to catch either How to to Success in Business‘ Rose Hemingway or her costar Paige Faure sing the last bars of “Defying Gravity” from Wicked (it was hard to see from where we were standing), we were furiously disappointed when guests began to file out of the auditorium.

The evening’s host Alan Alda had spent an hour juggling presentations from Debra Monk, physicist Brian Greene, the MOMIX modern dance company, LeVar Burton and others, but all we caught was the after party, where guests noshed on little takeout boxes of lo mein and mussels in red sauce (one of the more original catering ideas we’ve seen in awhile) while mingling around the small science exhibits set up.

Well, we weren’t going to miss our chance to ask Mr. Alda and Mr. Burton–one of our favorite actors and one of our favorite PBS hosts, respectively–some fawning, Chris Farley-style interview questions. Or were we?
END_OF_DOCUMENT_TOKEN_TO_BE_REPLACED 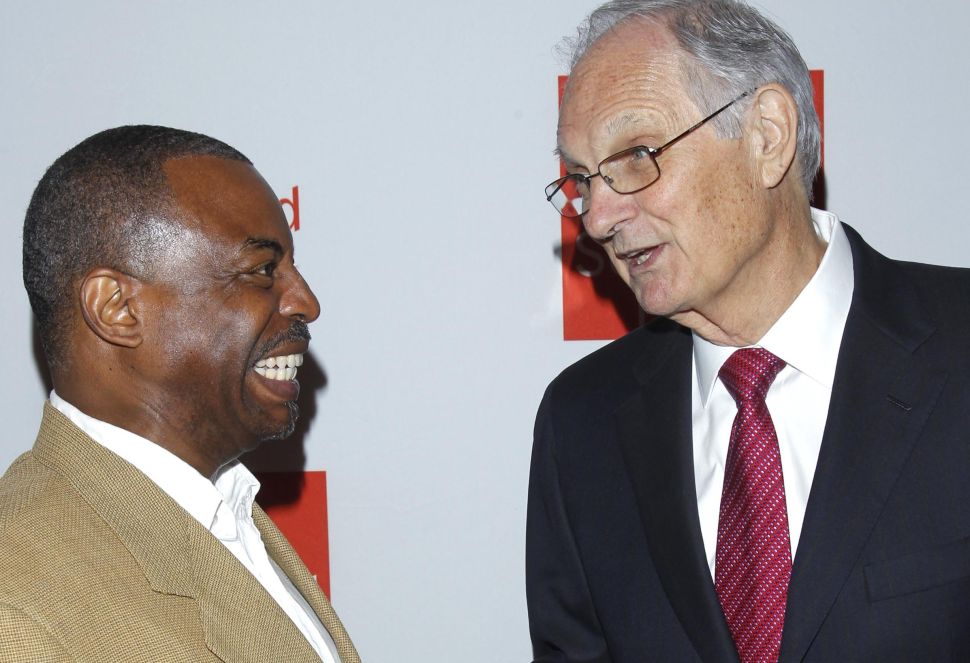