Tokyo media reports two Americans have been arrested in connection with the death of 21-year-old Irish student Nicola Furlong. Ms. Furlong was in Japan as part of University program. She was found dead in her hotel room earlier this week after she attended a concert given by hip-hop artist Nicki Minaj. Tokyo authorities believe Ms. Furlong was strangled then sexually assaulted.

Twenty-three-year-old James Blackston (possibly Blackstone–early reports vary) a.k.a. “King Tight,” and an as-yet unnamed 19-year-old male were taken in after police suspected the pair gave “drinks with high alcoholic content to Furlong’s friend, a 21-year-old Irishwoman, leading her to fall unconscious and then groping her inside a taxi,” reports Japan’s Mainichi News.

A strange 2-year-old blog post from an apparent admirer of Mr. Blackston’s dancing indicated he may have performed in the video for Nicki Minaj’s “Massive Attack,” but that does not mean he was directly associated with the Nicki Minaj concert Ms. Furlong attended in Tokyo prior to her death.

The Irish Independent reports the 19-year-old arrested with Mr. Blackston was in the room when guest complaints led to the discovery of the deceased student. While both men reportedly denied sharing a taxi with Ms. Furlong and her friend, Tokyo authorities say there is security camera footage contradicting their denials.

Nicola Furlong’s death has become a sensation in the Irish press. Her family issued a statement to the media yesterday, in which they said they were “devastated” and Ms. Furlong will “always be at the centre of our lives. She stood for everything that is good in life.” 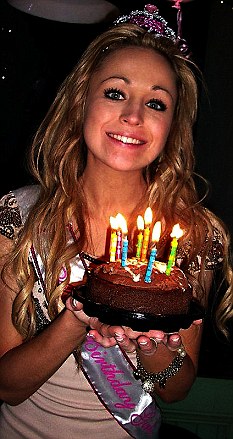