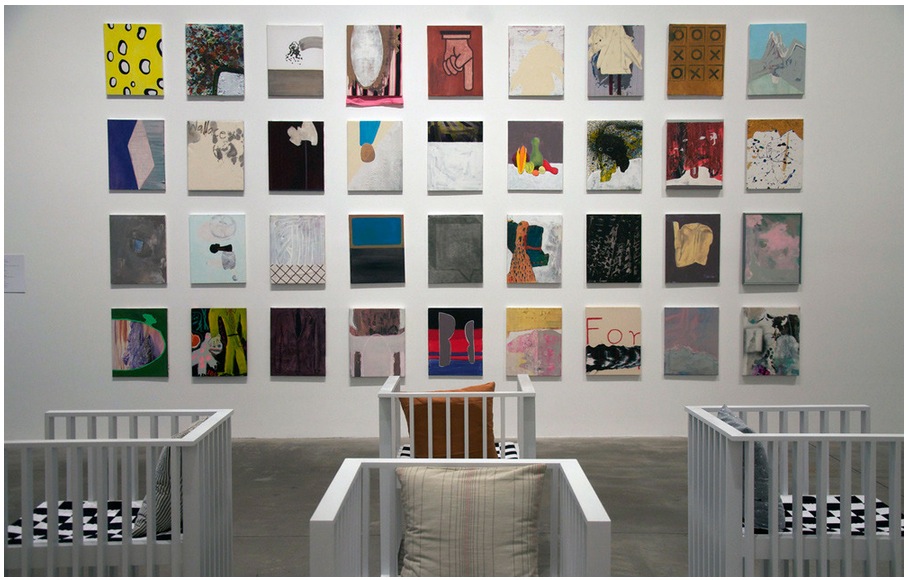 This series of paintings functioned as one of three of my own artworks that "To Every Age Its Art, To Art Its Freedom" looked too and played a role in this installation which attempted to incorporate many disparate voices and examine the role of objects as they become bearers of desire and politics. The paintings come from a wide range of sources - young painting students, friends, professors, and second hand stores - and all have been added to, painted over and or cropped by me. I think about them as elements of a language and feel that each element has its own relation to a type of desire and politic. In this work I incorporate, critique, display and appropriate these elements. I would prefer to sell the group of 36 paintings together but would consider breaking them up to sell in groups of even numbers. $10000 for the 36 works or $300 each for groups of 4 or more.

The woman in the black and white photo is my great grandmother (Suzanne Perrottet – early Modern Dancer along with Rudolf von Laban, my great grandfather). That photo was taken 100 years ago. I reenacted the situation. Our ancestors live on through us. We share and fulfill some of their dreams, wishes and hopes. We and they are alive at the same time.

Courtesy VIP MFA and the artist 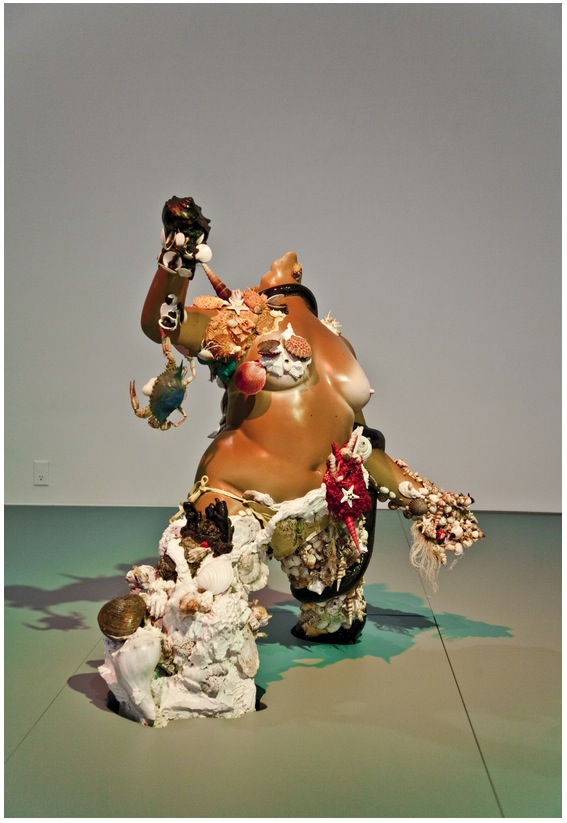 Based on Italo Calvino’s popular story, "The Distance of the Moon," this object captures the spirit of a woman who spent much of her life in the water. Xlthlx is Calvino’s character that dips into the ocean and becomes permanently encrusted in shells. 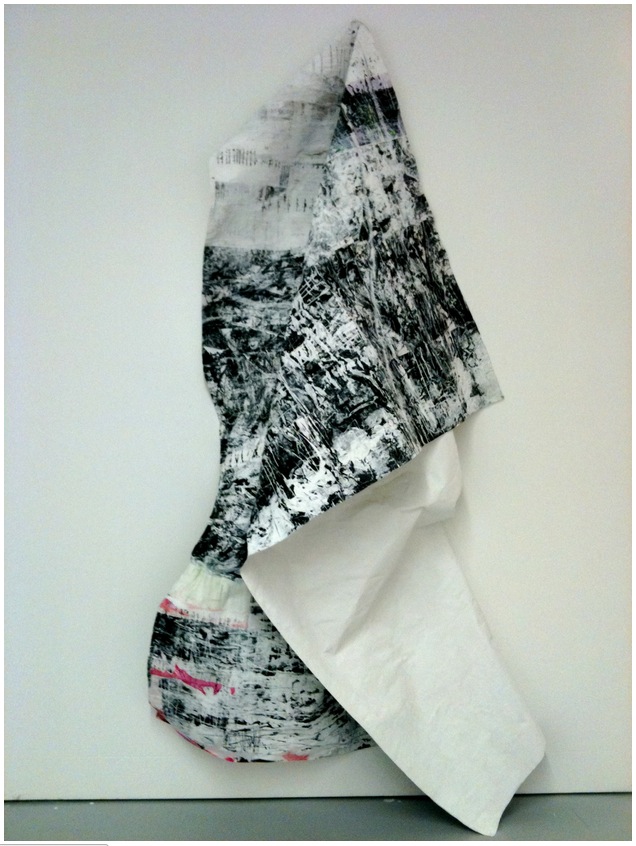 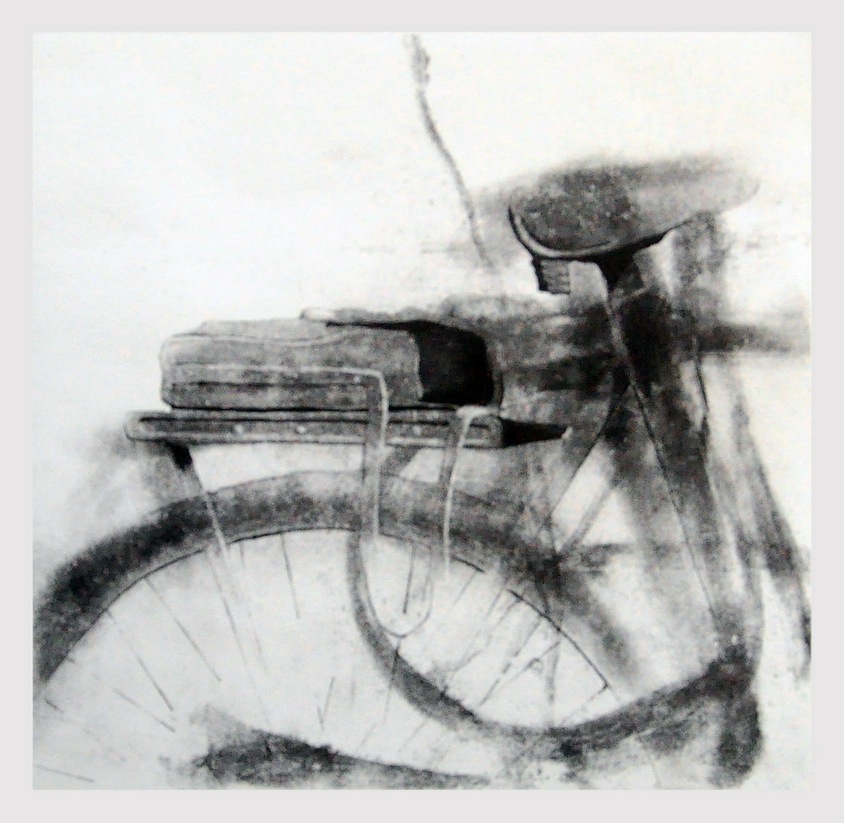 I loved going back to school after the summer vacations were over. It meant meeting your classmates, all the fun and games, and of course studies and facing the wrath of strict teachers. I would eagerly cycle all the way to our school much before the school bell rang. 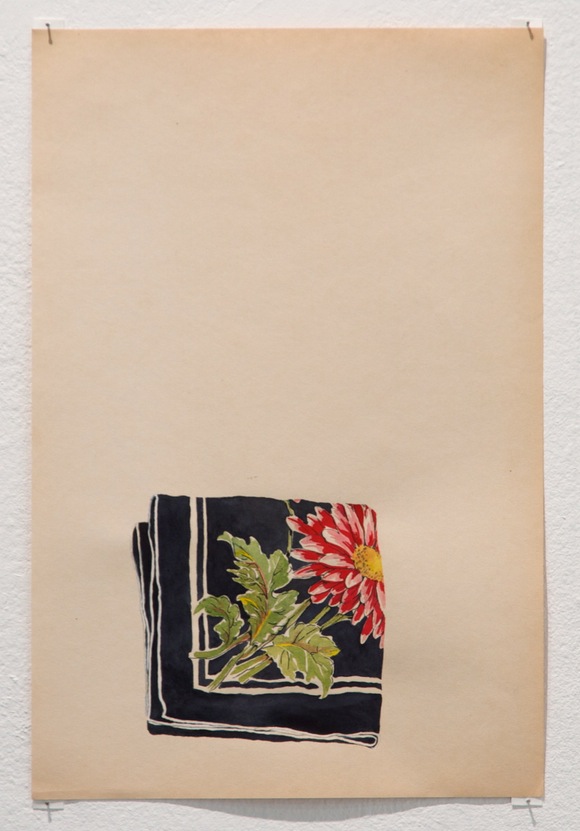 School: California Institute of the Arts

This watercolor drawing of a folded handkerchief is related to the 6 minute film titled "Centerpiece", in which the protagonist uses the handkerchief as a gesture of communication (she waves with it), as a napkin that retains the evidence of her meal, and as one of the many material requirements for proper etiquette. The drawing also relates to a second drawing on found paper titled "rag", which renders another kind of cloth (this time a painter's rag) that documents the process of representation by retaining its physical marks and traces. 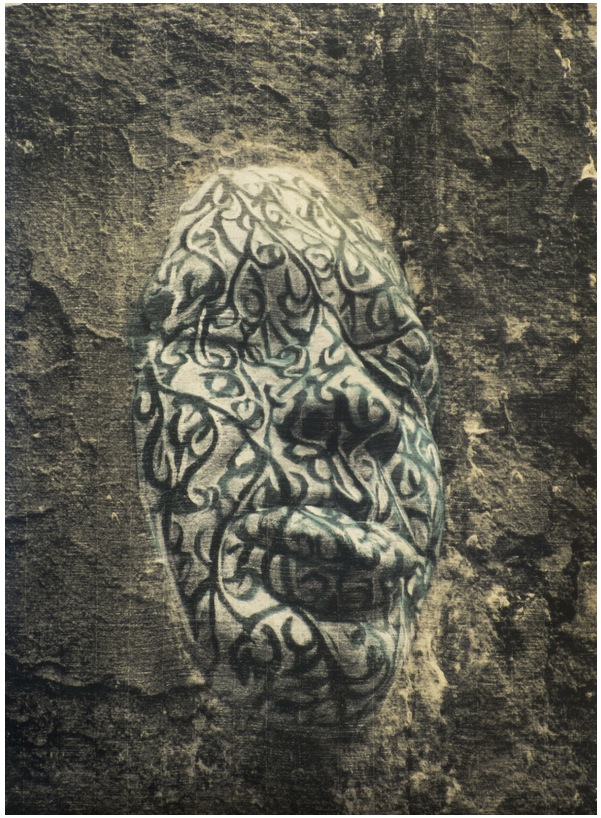 This piece is a Lithograph on Zerkall Nideggen sand-colored paper. I first printed the photographic image in black, then selectively added colors by rolling transparent inks onto the printing plate and running through the press again. This print is not editioned: it is a unique impression. It is mounted on the aluminum plate used to print it.
Advertisement 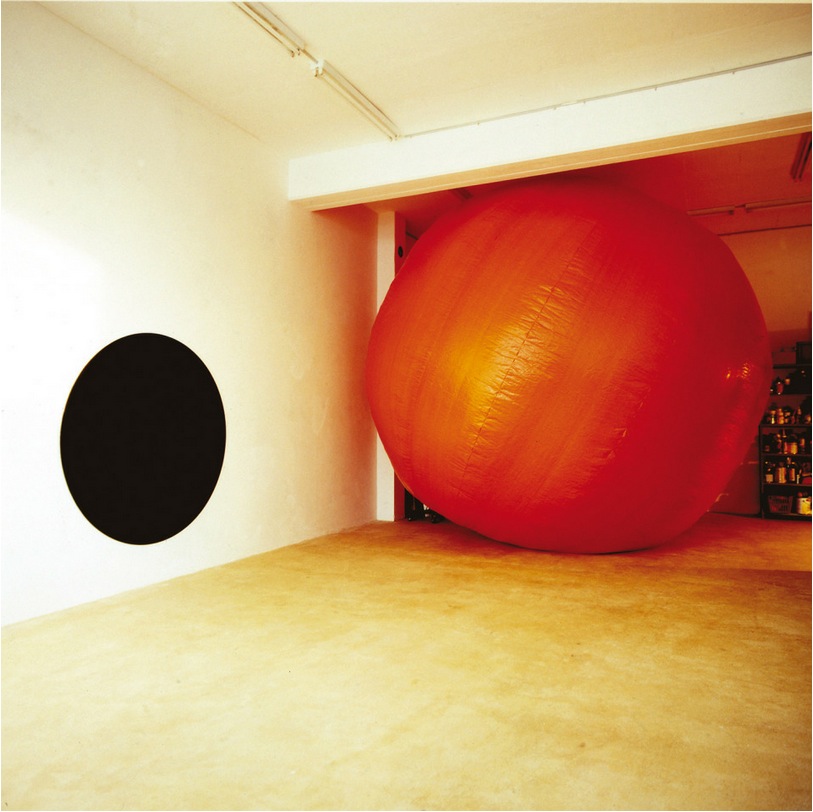 This work is an orange ball, which expands in volume up to the limit of the ceiling height in the center. Made from a fabric canopy with a diameter of 380 cm, the work highlights how the change the measurment can affect the sense of space. On the side wall of the space opened up by the installation of a black disk, an optical counter space. This affects the expansive force of the hollow body which is held by a fan in its shape, diametrically opposed. In the surroundings of the object on the wall-mounted writing "ceci n'est pas une citrouille" plays with the diversity of image and text content and refers to the paintings of Magritte la chambre d'écoute, showing a large apple wich is filling the room completly out. 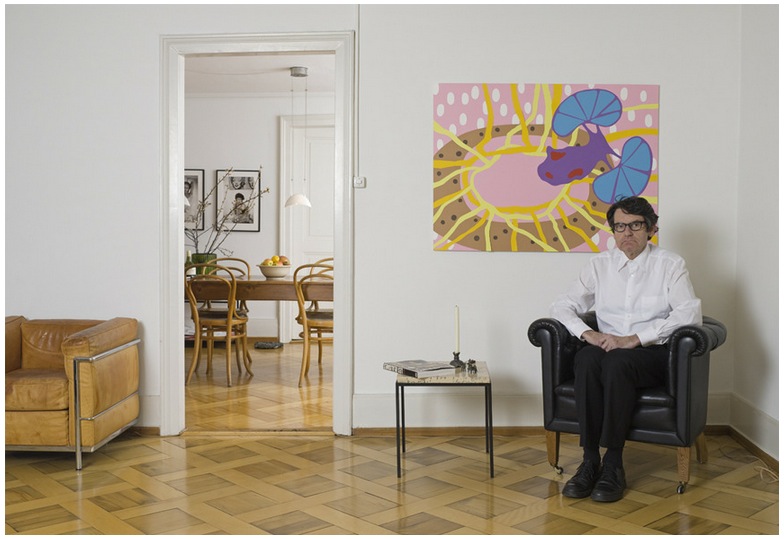 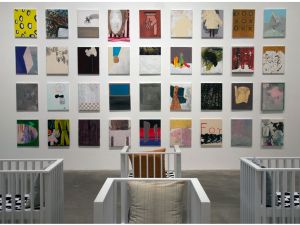 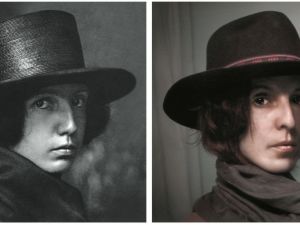 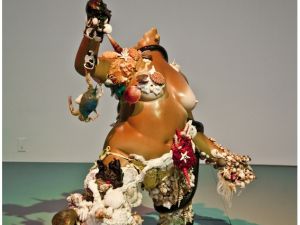 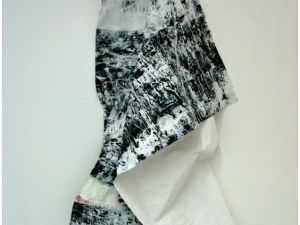 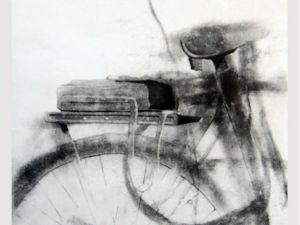 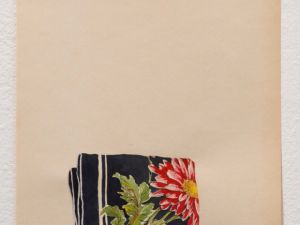 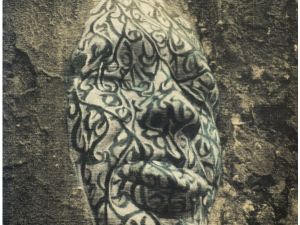 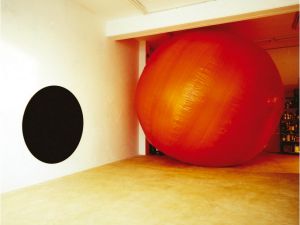 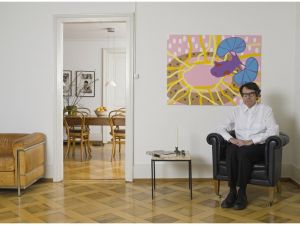 VIP MFA, the first juried art fair for students, which opens online tomorrow, announced today its top 10 candidates. Of these 10, the top three will win awards from $5,000 to $15,000, which they will share with their school.

The fair, which is something of a hybrid of the art fair and the MFA thesis exhibition, will run on the VIP Art Fair platform from June 1 to June 8. It will feature the work of 100 students who were selected from a pool of 380 from some of the world’s top MFA programs. The six judges are Matthew Higgs (White Columns), RoseLee Goldberg (Performa), Joachim Pissarro (Hunter), Diana Al-Hadid (artist), Kate Fowle (Independent Curators International) and O Zhang (artist).

“There was relatively little discord among the judges,” said Matthew Higgs to Gallerist, about judging the work. But the fate of this hybrid art fair/thesis show is another issue. “What happens now, is the question. Whether it will work or not.”

“VIP MFA connects new artists to our growing base of collectors and contemporary dealers,” said Lisa Kennedy, the chief executive of VIP Art Fair, in a statement. “The students will influence the current state of fine art as ambassadors of a new generation.”

Here is a list of the top 10 students and their respective schools. The three winners will be announced tomorrow with the start of the fair.