“The thing that I wish I could bottle and sell is that somehow she has these people in the palm of her hand,” said Squawk Box co-anchor and New York Times reporter Andrew Ross Sorkin, who stressed the importance of booking to the program’s success.

For example, he said he was astonished to see the turn-out for Warren Buffett’s Berkshire Hathaway conference this week.

“He’s not giving them a new a fact or some great revelation,” he said, “40,000 people show up just to listen to a man talk about the way he thinks.” (Business Insider even live-blogged Ms. Quick’s pre-conference interview with Mr. Buffett.) Plus, some of Ms. Ahuja’s hedge fund sources became major draws at CNBC’s annual, $5,000-a-head Delivering Alpha conference.

“There aren’t a lot of 23-year-olds who wake up every morning wanting to book the biggest names in finance,” said Mr. Wald, who hired Ms. Ahuja. “ When one comes in over the transom you snap them up.”

AT CNBC, Ms. Ahuja’s mornings often start at 5:30 a.m., after a 15-minute ride from her Upper West Side apartment, and disappear in a flurry of news meetings, pre-interviewing and source-hunting.

“Last night I was here until past midnight again,” she said, “but that’s self-inflicted.”

At some point she found time to write a 500-page book.

“My friend Bethany McLean was like, ‘Publishing a book is like having a baby,’ and it’s so true,” Ms. Ahuja said. There’s a delivery date, a lot of anxiety, and some unexpected costs. “Everyone in this building has heard me use that analogy.”

On her desk (one down from Mr. Sorkin’s), there was a stack of business cards with the book cover—birth announcements—stacked neatly beside several economics textbooks, an equations cheat sheet, and the kind of calculator that induces high-school anxiety dreams. Underneath was an assortment of colorful platform pumps.

The daughter of a corporate banker and an accountant, Ms. Ahuja said she has always been obsessed with finance, and has been watching CNBC since she was a child.

“My parents are immigrants from India,” she said, “so it was either doctor, lawyer, or something in finance.”

She says she “fell into” journalism intending to go back to Wall Street, and an intern’s reverence and fascination still pervades her book.

“The minute I got into Citigroup, suddenly I was surrounded by impressive bankers in the financial institutions group, working on billion dollar deals,” she said. “I was of course at the very, very, very bottom, but I just wanted to learn as much as I could.”

Inspired by Jack Schwager’s 1988 Market Wizards, Ms. Ahuja aspired to reveal the human thought processes behind the financial transactions, which she says are poorly reflected in publicly available SEC filings.

“Until I started working on the book, I didn’t realize how active [the subjects] were in assisting institutions during the financial crisis and the huge deals they made off it,” she said.

While some top hedge fund managers still don’t take her calls, many did. She chose to only profile those who were willing to participate. She said she was “humbled and impressed by the level of insight and access” those hedge funders gave her.

“Who doesn’t want to talk about making fifteen billion, eight billion off of their strategies?” Ms. Ahuja said.

Only the most pious capitalists will be riveted by the revelation that, for example, “cultivating a calm mind and demeanor hasn’t dampened [Bridgewater founder Ray] Dalio’s love of independent thinking,” but the book is complicated by what happened after the hedge funders agreed to participate. One of the book’s most impressive gets, John Paulson, experienced a 52 percent drop in 2011 and, to some, recent market volatility has dimmed the aura of genius that once surrounded hedge funds. Ms. Ahuja is quick to point out that hedge fund managers are patient and resilient. It took Mr. Ackman almost a decade and investigations by the S.E.C. and Eliot Spitzer before his short of MBIA cashed out, she noted.

In the meantime, one could say Ms. Ahuja is hedging, ever so slightly, on hedge funders. Asked to name a favorite recent story, Ms. Ahuja pointed to the “Disruptors Summit” she put together two weeks ago, bringing in not money managers but tech founders and venture capitalists like Viddy’s Brett O’Brien, Scribd’s Trip Adler, Marc Andreessen and the Winklevoss Twins, who are “re-wiring” the financial industry from within. She said she wanted to be more proactive, and cover start-ups before the big deals get reported.

“It got a lot of pick-up,” she said of the event. “Jack Welch even called in to the show to say how great it was.” 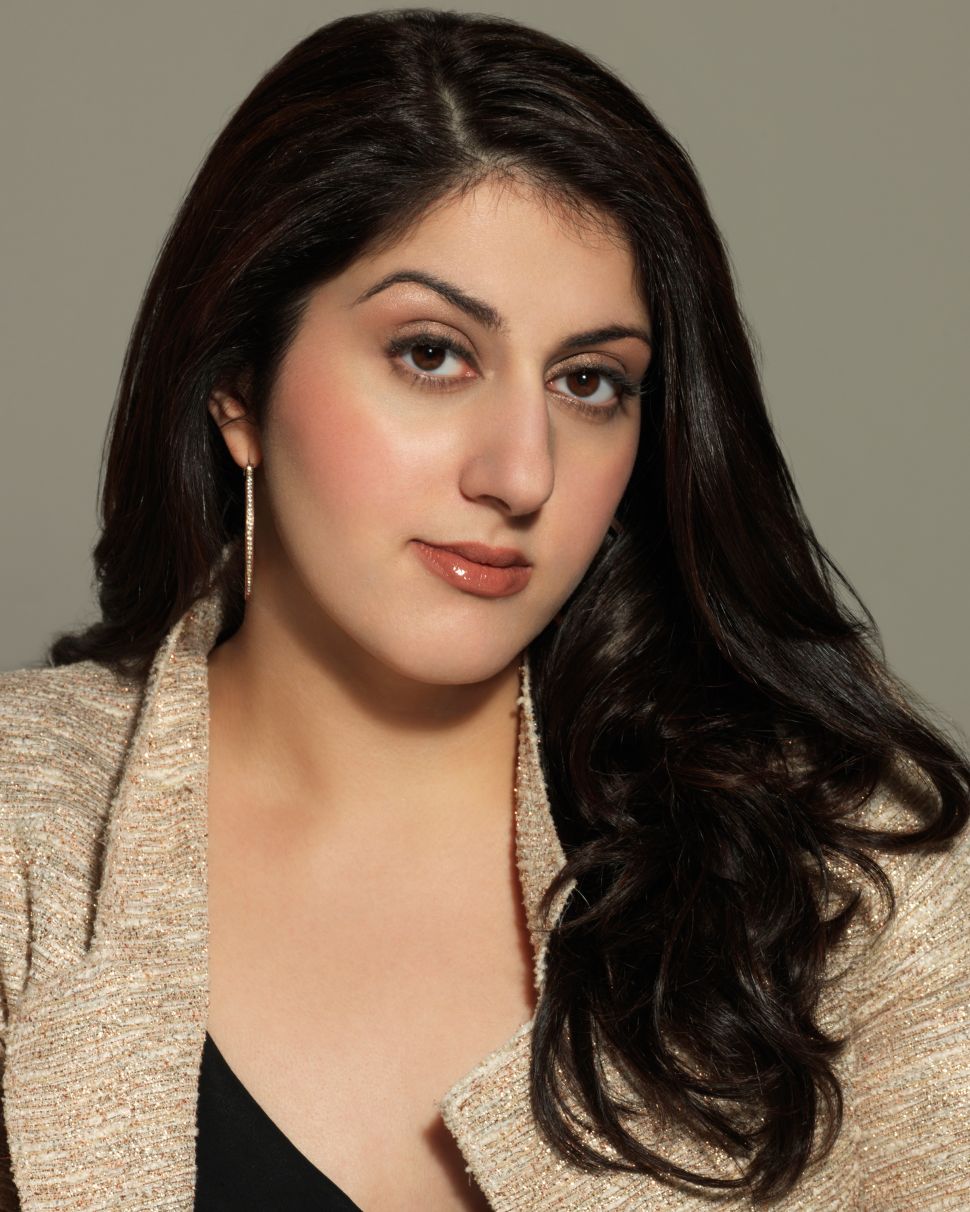