Looks nicer than your place.

The Post had discovered an ingenious way to live in the heart of Manhattan for a little as $92 a month—just move into Manhattan Mini Storage in West Soho.


On the building’s eighth floor The Post spotted a man sleeping on the ground in front of an open storage unit. The cramped 5-foot by 5-foot unit —which rents from $106 to $213 a month —was filled with dirty clothes and water jugs. By contrast, the average rent for a non-doorman SoHo studio is $2,500.

It’s not exactly the Ritz, but it’ll work.

At about 2 a.m., a man in a dirty black T-shirt, sweat pants and grubby sneakers with hot-pink trim was spotted taking a two-hour nap inside a rented unit on the sixth floor before leaving and coming back and falling asleep again.

This probably helps explain why a number of local developers are desperate to have Hudson Square rezoned, paving the way for more residential development. Just look at the demand. Not that anyone spending a night at 161 Varick Street could afford to live in any of these new buildings either.

Nor does that make them criminals, though the Post seems to think otherwise.

Legitimate patrons, however, are worried sick that their property is just a smashed lock away from disappearing.

“It’s like walking into a slum,” said Josip Matijevic, 32, a DJ who keeps about $40,000 worth of equipment at the facility. “There are a lot of bad vibes here. I see people without key cards walking in all the time. This is my career in here. I can’t afford to lose any of it.
[…]

“This is where I keep my valuables,” said Shauna Williams, 26, of Canarsie. “You don’t want homeless people to be around your belongings like that.”

Madeline Ames, 28, of Brooklyn keeps $50,000 worth of camera equipment in the facility. “Security is practically nonexistent,” she said.

Since when is being homeless or frugal a crime? 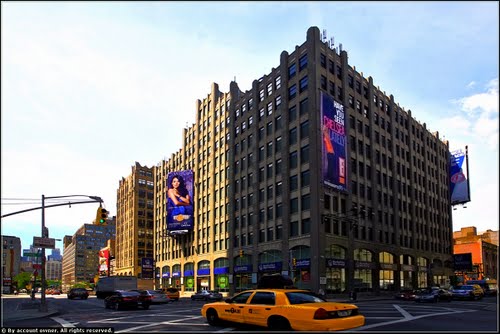