Betterment, the online investment manager, has decided it’s time to get noticed. CEO Jon Stein penned a blog post last week, “Financial Advisors Are Bad for Your Wealth,” that accused financial managers of being, basically, overpaid crooks. “At Betterment, we don’t think you should have to pay for advice,” he wrote.

Luckily for Betterment’s visibility, the post pissed a lot of people off. “We could not have predicted the ensuing outrage from a number of bloggers in the investment advisor community,” he wrote later.

The attention inspired Mr. Stein to update his post with two disclaimers: “we are referring to advisors who receive a commission payment for the financial products that they broker,” and “we respect and appreciate the work of good investment advisors.” Betterment continued to ride the controversy, reaching out to Betabeat for coverage and landing a guest post on Forbes. “My gut feeling is that anyone responding so vehemently to our post is threatened,” Mr. Stein wrote.

It’s that kind of battle cry that all established industries fear: Look out, the Internet is coming to disrupt you.

Betterment—a portmanteau of “better” and “investment”—charges users a percentage of assets under management; it has 10,000 paying users and 20,000 subscribers, founder and CEO Jon Stein told Betabeat in February. 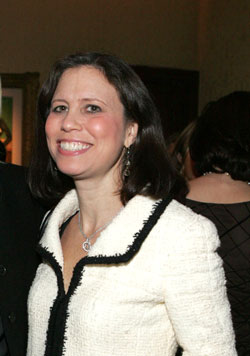