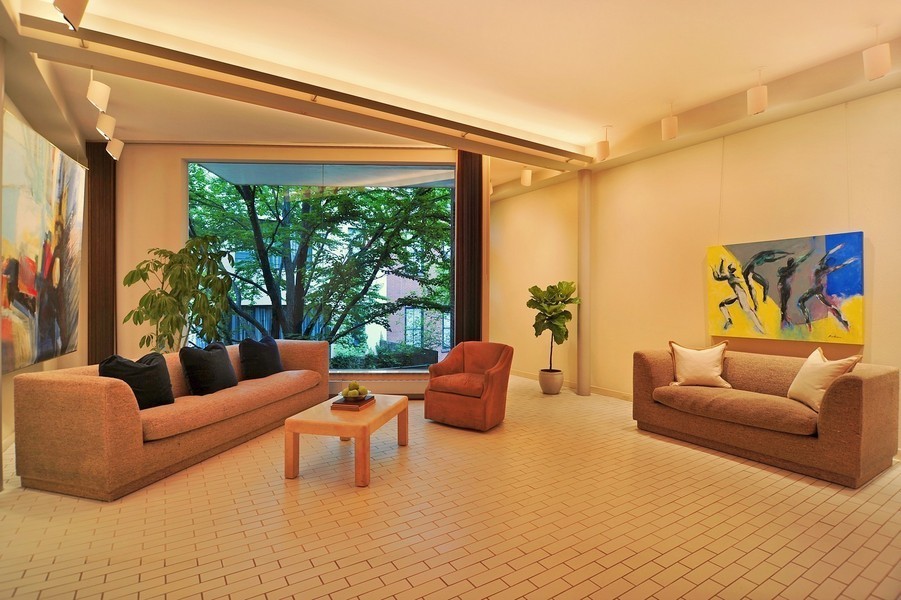 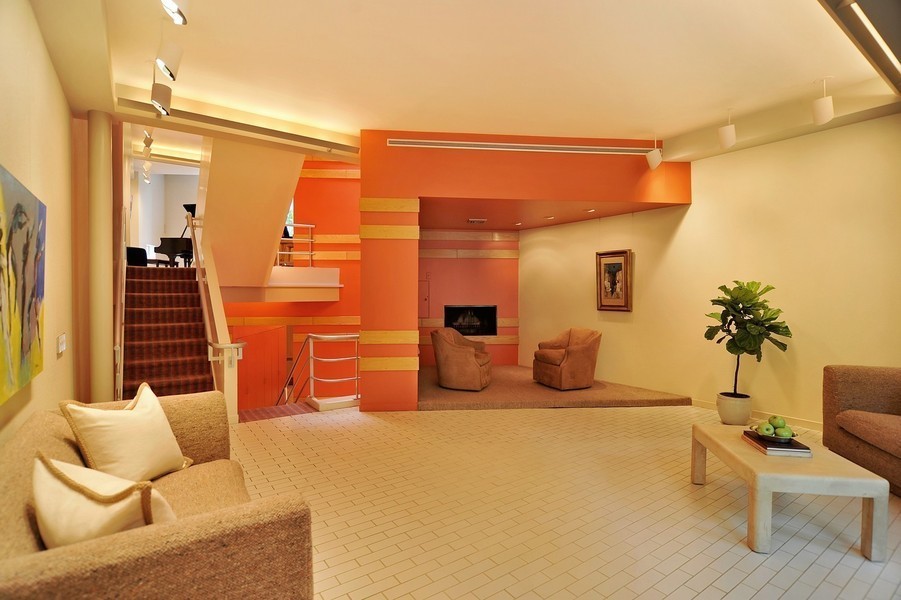 About as far from the past as you can get.
kvelseyobserver 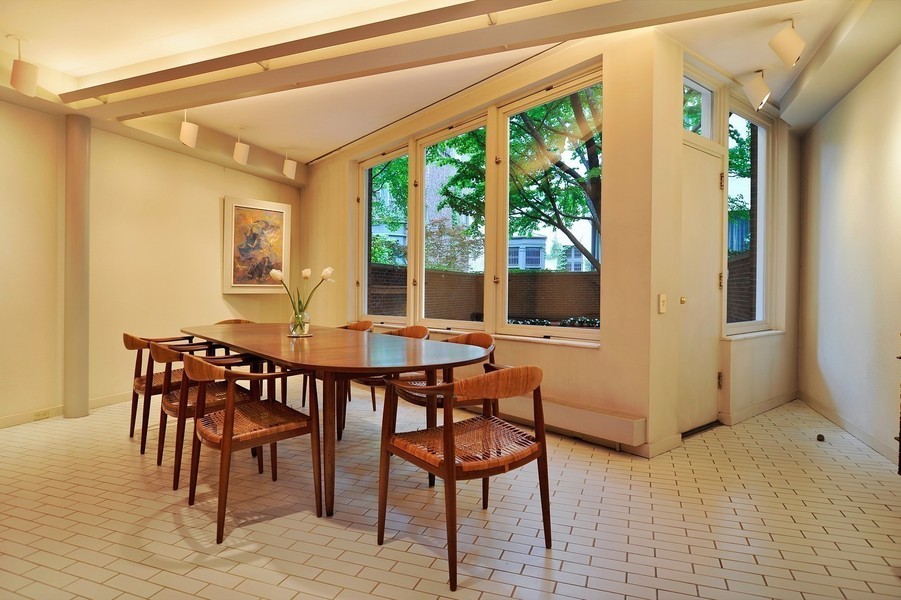 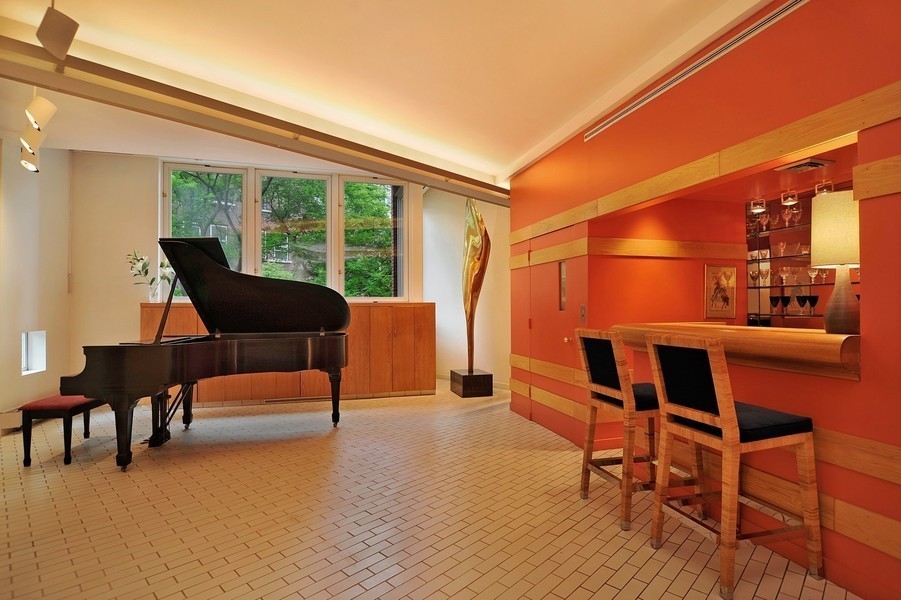 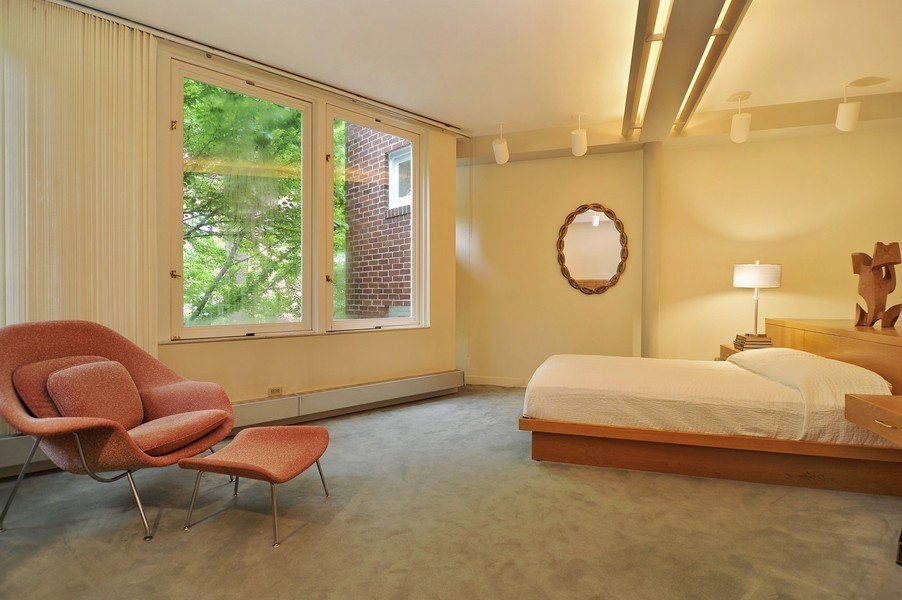 Not your average bedroom
kvelseyobserver 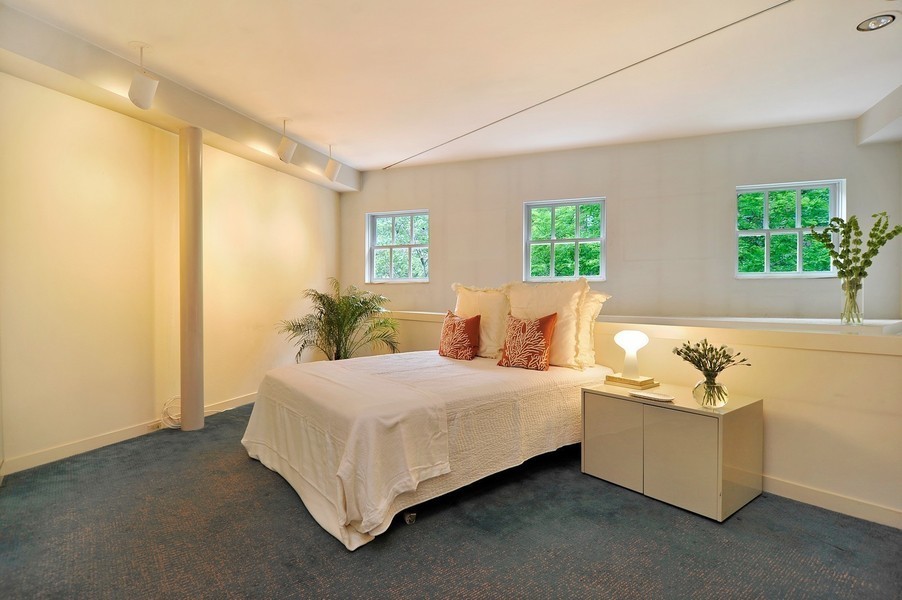 A bright, but sparse bedroom
kvelseyobserver 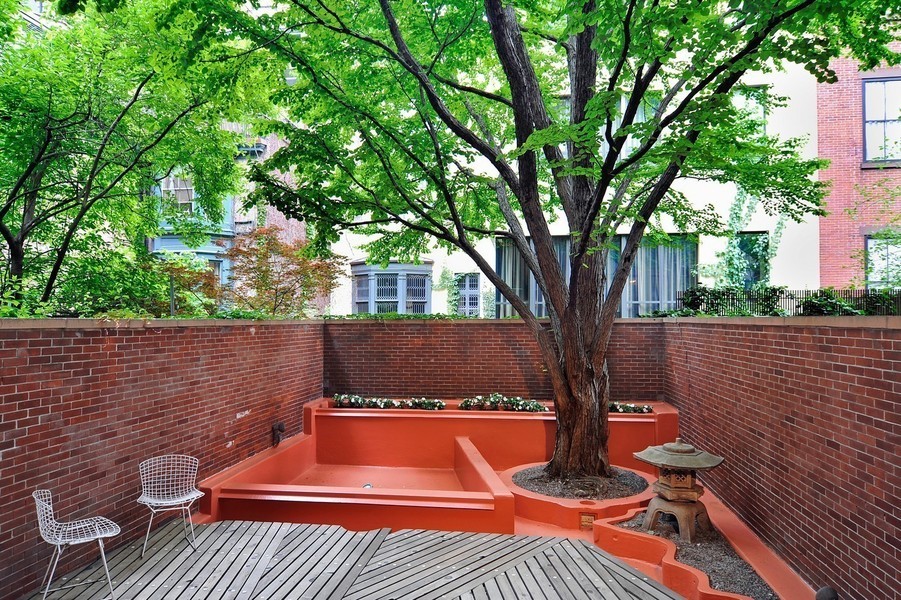 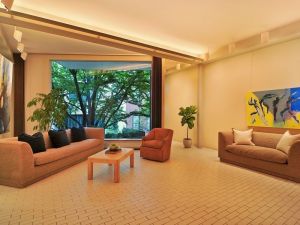 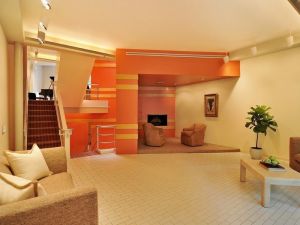 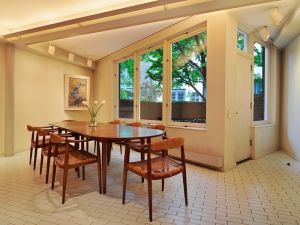 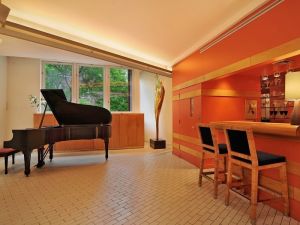 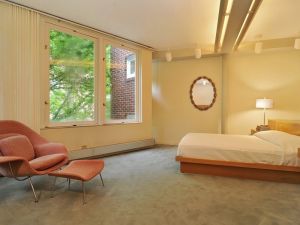 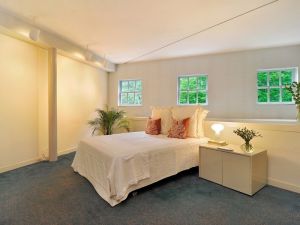 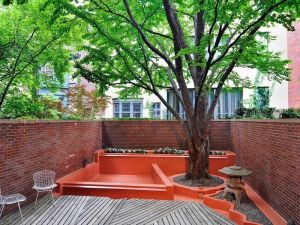 The Weathermen may not have changed society, but they certainly radicalized 18 West 11th Street. In 1970, the elegant Greenwich Village townhouse was destroyed during the radical group’s botched bomb-making attempt in the house’s basement.

Rising in the place of the Greek Revival townhouse is a somewhat oddball structure that subtly reference the home’s violent history, built in 1978 by architect Hugh Hardy and Steuben Glass executive Francis Mason. It has belonged to the Langworthy family—who famously kept a Paddington bear with a frequently-changing wardrobe in the front window (he’s now wearing a Corcoran t-shirt)—since its construction. Now listed for $10.9 million with Corcoran brokers Sara Gelbard and Paul Kolbusz, the home is certainly a “one-of-a-kind home” as the listing, which was also spotted by Curbed, boasts.

It was here that trust fund revolutionary Cathy Wilkerson grew up. But rather than turn her back on her privileged background, she decided to use it to her advantage, asking her parents if she could use the place while they vacationed in St. Kitts. They probably expected to come back to find the carpet a little worse for the wear, rather than returning to find no house at all.

The radical group was building nail-and-dynamite pipe bombs that were to be used to destroy property, including the Columbia library, when one accidentally detonated, instantly killing the three people in the basement.

Wilkerson and her friend Kathy Boudin, who were upstairs at the time, managed to escape, and as described in the wonderfully detailed story published in The Times, came running out of the house covered in soot, mostly naked, their clothes having been torn off in the blast. After showering at a neighbors house, they fled, and did not resurface until years later.

So what’s the new place like? It bears little resemblance to the three other Greek Revival townhouse that Henry Brevoort Jr. built for his children in the mid-1800s, but it’s certainly more interesting. Designed around an open central staircase, the home also has an elevator, dumbwaiter, three bedrooms and a private guest suite with a full-kitchen.

Light banishes the ghosts of the past, streaming in through big picture windows and a central skylight. Distorted angles and open spaces abound, allowing for great views of the leafy street. There’s also a south-facing garden and a 45-year-old Japanese Katsura tree.

And, looking on the bright side, among the residents who lived happy lives at 18 West 11th Street: Merrill-Lynch co-founder Charles Merrill, his son, the poet James Merrill and Broadway lyricist and movie executive Howard Dietz.