As Air Force Once flew President Barack Obama to New York for a commencement speech at Barnard College, a pair of fundraisers and a taping of The View, White House Press Secretary Jay Carney held a brief mid-air gaggle with reporters where he discussed J.P. Morgan’s $2 billion loss. Though Mr. Carney would not comment on the S.E.C.’s investigationinto the firm, he said the incident proves the need for the Dodd-Frank Wall Street reform bill that was signed into law by the president in 2010.

Mr. Carney said there have been “millions and millions of dollars spent by Wall Street lobbyists trying to down, delay and render ineffective the rules that have been put into place” since they were passed.

“The president has fought that. This merely reinforces whey the president was right to take on this fight,” Mr. Carney said. “We can’t prevent bad decisions from being made on Wall Street. What was so important about rules being put into place through Wall Street reform is that we can prevent the taxpayer from bearing the burden.”

According to Mr. Carney, the massive loss at J.P. Morgan was only felt by investors and “not average Americans” because of the financial reforms that were passed.

“What’s important to note here is that those suffering the losses because of what happened here are shareholders and not average Americans who had nothing to do with this,” Mr. Carney said. “The president’s commitment was that we couldn’t have it happen again where the failure of some banks or the reckless behavior of some individuals on Wall Street could cause the kind of financial crisis we saw in 2008.”

In light of this incident, Mr. Carney said he’s stunned there is still opposition to Wall Street reform.

“It is amazing that there are still those who are out there arguing we should repeal Wall Street reform, that we should let Wall Street write their own rules again,” he said. 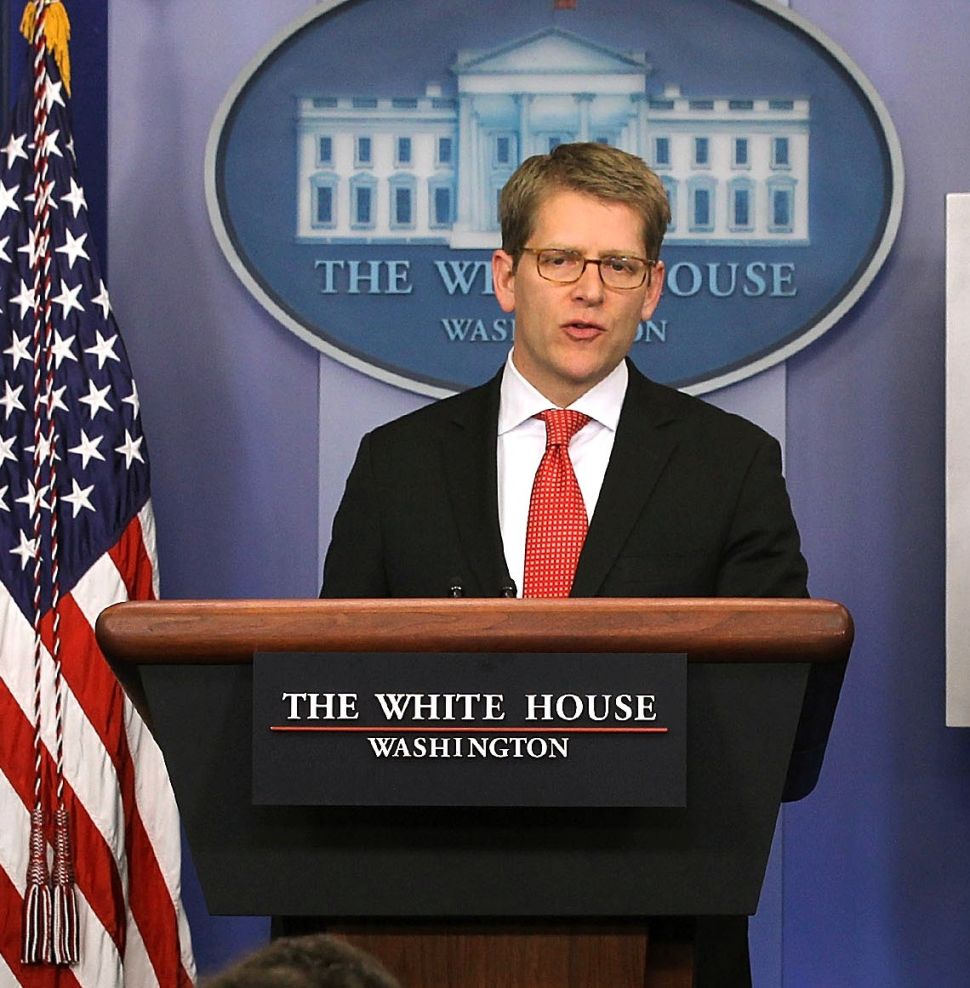