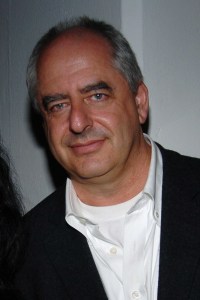 The Rolex Mentor and Protégé Arts Initiative, which pairs superstar artists with fledging and promising young counterparts as part of a yearlong mentoring program, announced that South African artist William Kentridge has tapped Mateo López, a Colombian artist as his protégé for the 2012-13 stretch of the program.

The news release has this to say about the 33-year-old Mr. López:

“[He] is known for setting up his studio in public and for using memories of his personal journeys in his work, which is a trademark of his installations. The installation Viaje sin movimiento (Travelling without movement, 2008-2010) was acquired by New York’s Museum of Modern Art (MoMA).”

As part of the decade-old program, each protégé gets a grant totaling 25,000 Swiss francs ($25,800)—not a bad currency to be holding these days! After the year of mentorship, the participating protégés can receive an additional 25,000 Swiss francs.