Polls in both his and U.S. Rep. Steve Rothman’s camps show the CD 9 contest a dead heat with a week and a half to go before Election Day. Insiders still maintain that Rothman enjoys a natural advantage because of the configuration of the new 9th District, and regardless of what happens on Election Day and barring a personal meltdown in the final days, Pascrell in his underdog campaign has proved true in epitomizing a fighter.

Republicans had hoped to use renegade Mayor Felix Roque as a human Hudson County beach head. On Thursday, Roque was in chains in a federal courtroom.

The CD 10 candidate secured another round of labor backing, the endorsement of House Minority Leader Nancy Pelosi and the support of Orange Mayor-elect Dwayne Warren.

It’s likely headed for the governor’s veto pen, but the Speaker’s minimum wage hike bill passed the Assembly on Thursday, giving the speaker a long-sought for victory on this issue.

The governor’s attempt to put his public evisceration of OLS budget chief David Rosen into his Greatest Hits YouTube video vault fell flat, as observers registered weariness at Christie’s trumpeting and personalized character attack. Christie called Rosen the “Dr. Kevorkian’’ of the numbers, and asked a room of hundreds of transit agency professionals, engineers, labor representatives, former governors and others “why would anyone with a functioning brain believe this guy?” All because Rosen said state revenue projections are down $1.3 billion through fiscal year 2013.

The mayor of Newark treaded into Kerry 2006 territory as his Meet the Press appearance – in which he lamented the heavy-handedness of Obama ads targeting Bain Capital – put him in the Obama surrogate most likely to go dark during the general election category. Obama Senior Advisor David Axelrod forgave Booker in New Jersey this week, but sources say the Newark superstar must manage some more mea culpa before he gets that Democratic National Convention platform.

The FBI arrested the mayor of West New York at his residence and charged him with computer hacking.

The friends of the embattled Hamilton Township mayor this week canceled a legal defense fundraiser for Bencivengo as two Assembly lawmakers said they would introduce legislation that would require defense funds to adhere to campaign finance laws.

Early indications are that the Chatham mayor and state Supreme Court nominee may be going the way of Phil Kwon. “I don’t think it’s going to be an extraordinarily long hearing because there’s just not a lot of experience to question him on,” state Sen. Nick Scutari said this week, referring to the upcoming hearing for Harris. 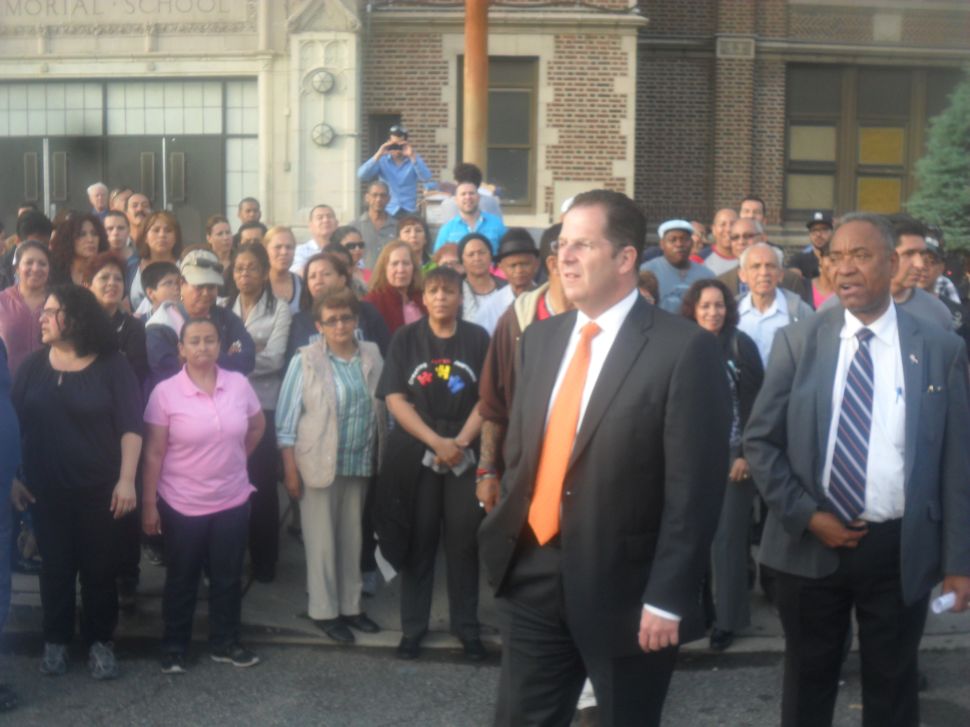