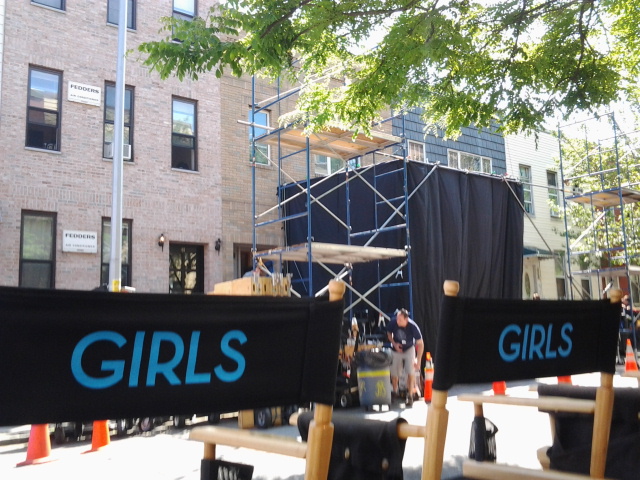 Welcome to the neighborhood.
mchabanobserver 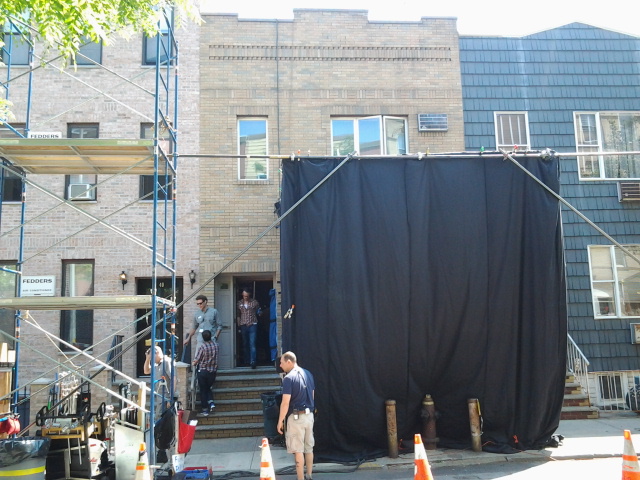 They are either shooting a night scene in that apartment, or someone is getting whacked.
mchabanobserver 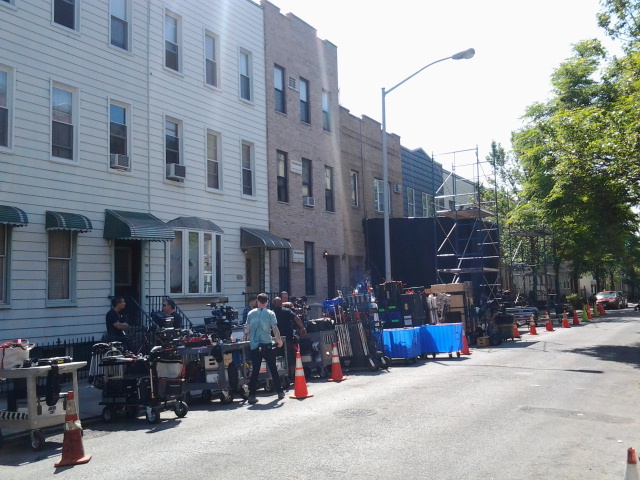 It's quite the production—you can't even see the catering table set up stage left.
mchabanobserver 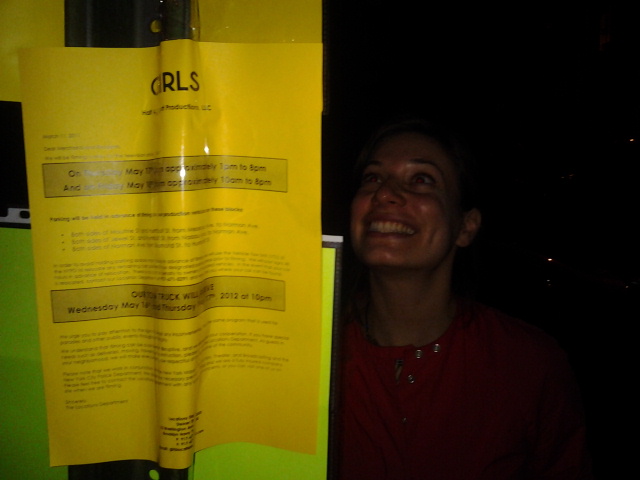 Someone is excited to maybe see the cast of her favorite television show.
mchabanobserver 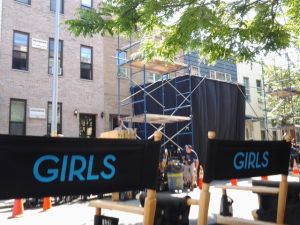 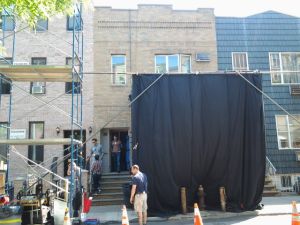 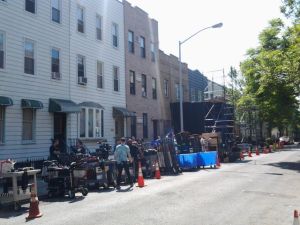 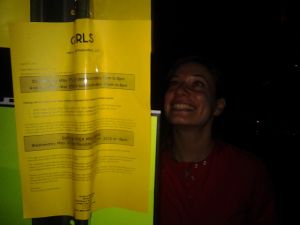 Probably. The show is so much about New York (read:Brooklyn) it would be nearly impossible, or at least far more expensive, to shoot it in L.A. This was not always the case (see: NYPD Blue, Seinfeld) but since the city cleaned up, everything from Sex and the City to Law and Order has called the city home.

Still, more studio space certainly makes things easier. As we previously reported, Girls had been shooting at Silvercup Studios before being bumped by a rival production, and were it not for Steiner, it is unclear which of the other studios might have been able to accommodate them.

Sure, these shoots may be obnoxious, at times, with the generators and the blocked parking spots, but they also add a bit of glamor to an otherwise unspectacular (but beloved!) block in Greenpoint, where the greatest charms are the contrasting colors of the vinyl siding.