A tipster sent The Politicker this photo of a campaign billboard for state senator and congressional hopeful Adriano Espaillat that features his face looming large over the University Heights Bridge on West 207th in Inwood.

We also obtained a bilingual mailer volunteers for Mr. Espaillat have been distributing in Washington Heights. Interestingly, Mr. Espaillat’s mailers portray his candidacy as a battle against “Tea Party Republicans,” the same strategy employed by  his main opponent in the 13th district race, incumbent Congressman Charlie Rangel.

“Adriano Espaillat, bringing back the energy we need to fight Tea Party Republicans!” the mailer says.

Last month, Mr. Rangel sent out mailers of his own claiming “right-wing Tea Partiers from Texas” are trying to have him removed after over four decades in office. Mr. Rangel’s claim was based on the Campaign for Primary Accountability, a Houston-based PAC that targets incumbents and is supporting Mr. Espaillat. The CPA has supported both Democrats and Republicans who are running against longtime incumbents. Though the PAC’s activities have been bipartisan, it has several prominent conservative donors.

Mr. Espaillat’s mailer also characterizes him as an advocate for affordable housing, healthcare and the New York DREAM Act. It also vows he will “take on the Big Banks” and, somewhat grandiosely, promises he will “end the war in Afghanistan.” 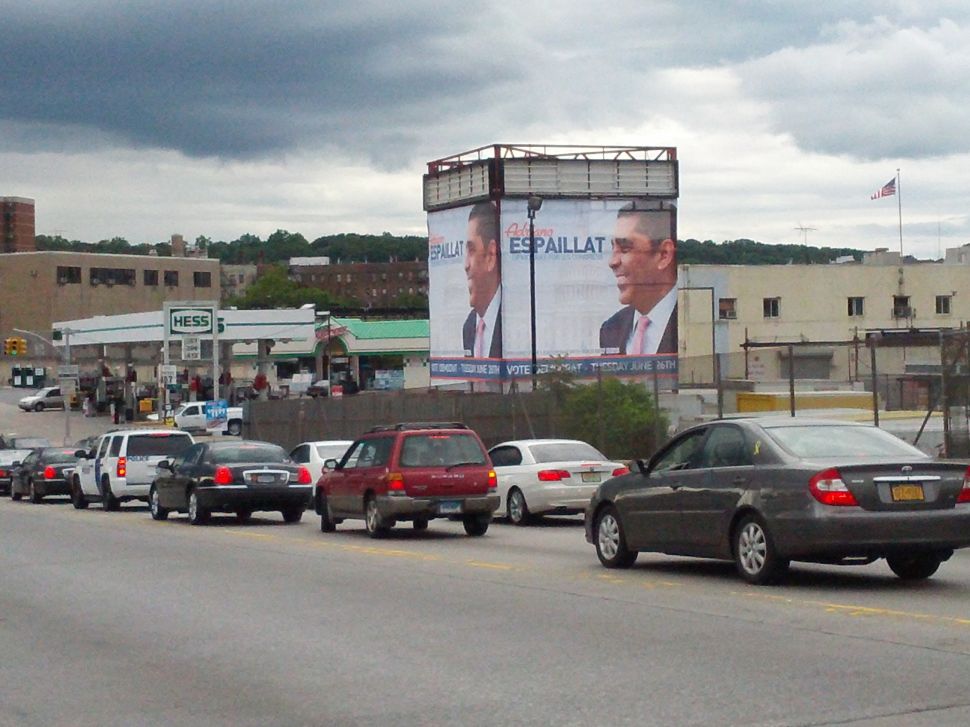