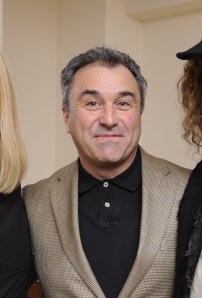 Louis Grachos, director of the Buffalo N.Y.’s Albright-Knox Art Gallery, will leave that institution for a new job at the Austin Museum of Art Arthouse (AMOA-Arthouse) in January, Artforum reports. Mr. Grachos, 55, had been with the museum since January of 2003 and will stay there through December.

Announcing his resignation, Mr. Grachos told The Buffalo News, “I feel really proud about what we accomplished over the last decade, but the opportunity in Austin is just rich with the kind of work I really enjoy doing.”

Artforum notes that, before joining the Albright-Knox, Mr. Grachos served as director of SITE Santa Fe and curator at the Museum of Contemporary Art San Diego.

So what is the unwieldily named AMOA-Arthouse? It was the art museum created in November 2011 through the merger of the Austin Museum of Art and the Arthouse at the Jones Center in Austin. Mazel!