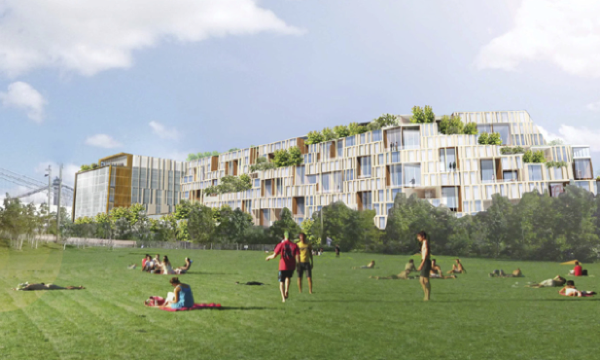 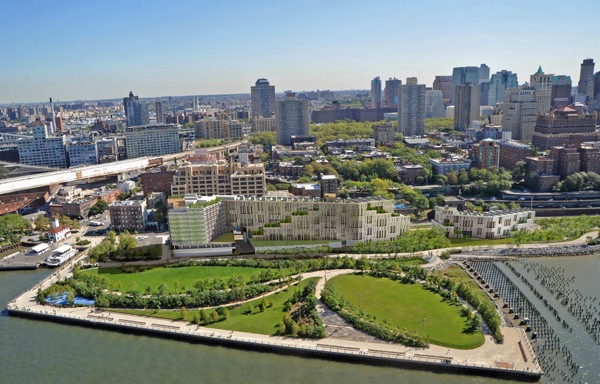 Today, the city selected a development team led by Toll Brothers and Starwood Capital to build a new hotel and apartment complex of 550,000 square feet on Pier 1 at Brooklyn Bridge Park. 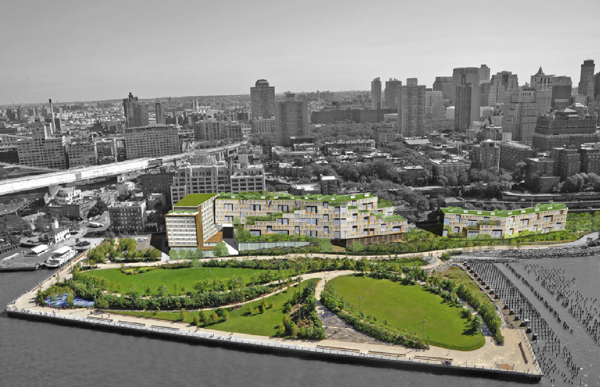 The project is designed by Rogers Marvel Architects, who designed a similar scheme exclusively for Toll in the fall, seen here. 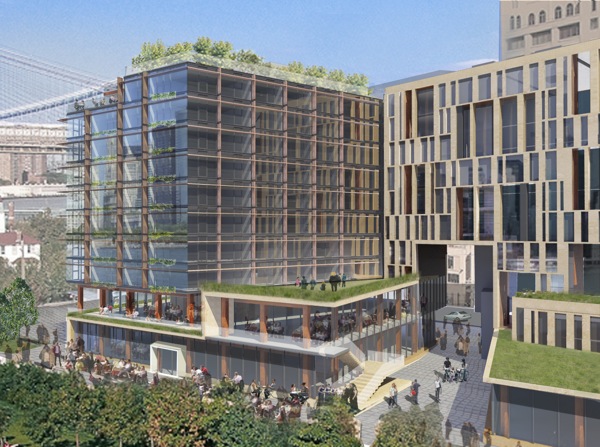 Many of the profitable bits of the project, like event spaces and restaurants, are housed in the hotel, seen here at left.
Advertisement 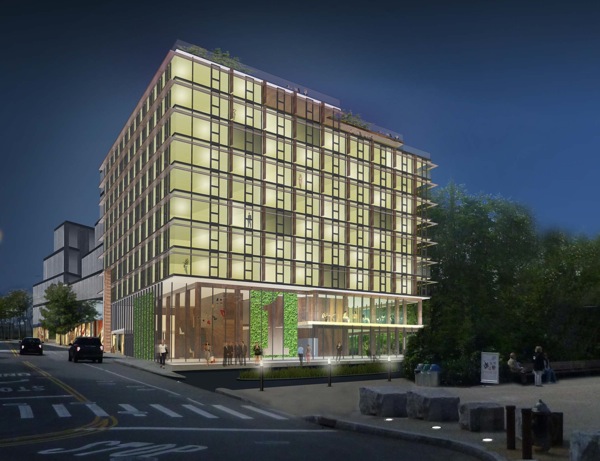 Called 1 Hotel, it is the first thing park visitors will see when they approach the pier. 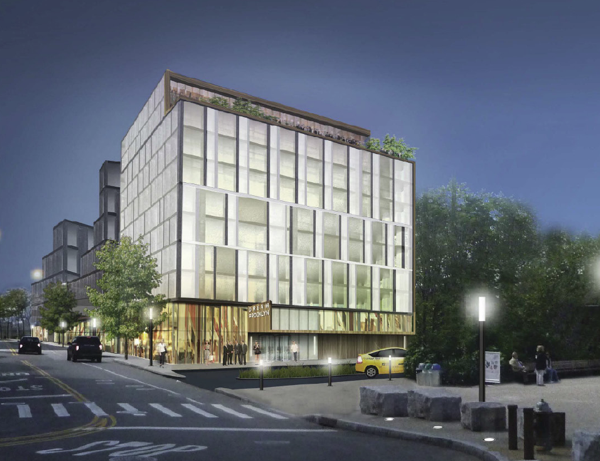 The original scheme for the hotel. 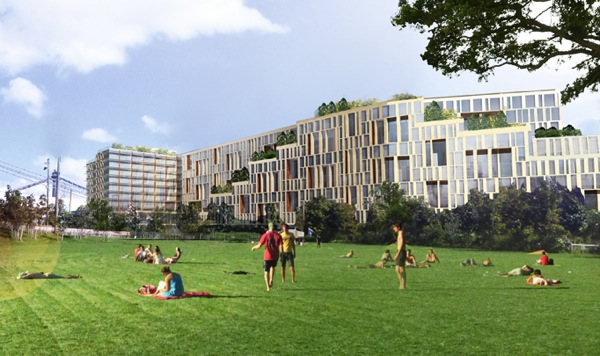 Some have complained that the private development will turn the park into a front lawn for those living in the developments (tell that to the people on Fifth Avenue or Prospect Park West).
Advertisement 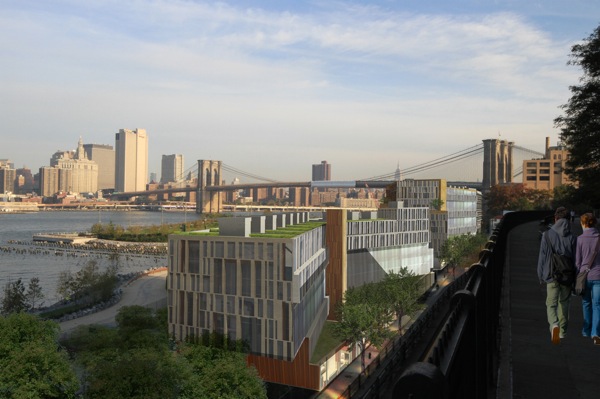 Meanwhile, Brooklyn Heights residents have complained about views from the promenade—and their multimillion-dollar townhouses. 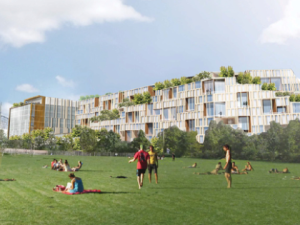 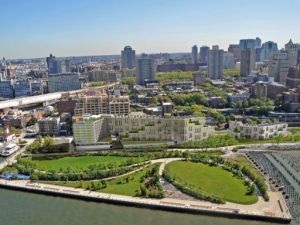 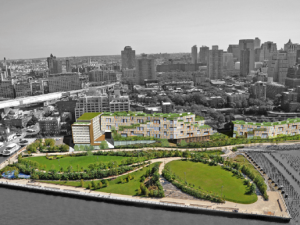 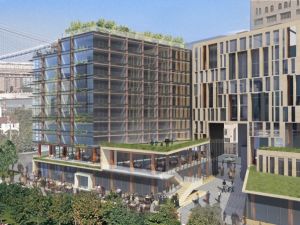 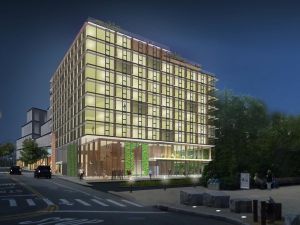 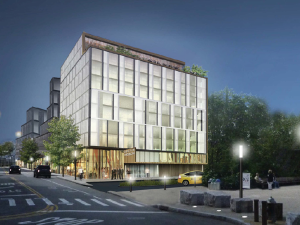 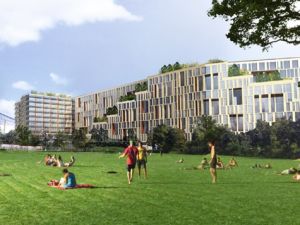 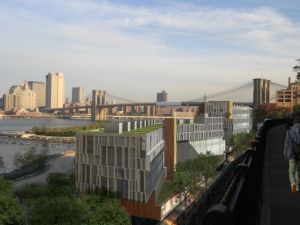 As expected, a team of Toll Brothers and Starwood Capital won the right to develop Pier 1 at Brooklyn Bridge Park today. They will be building a new hotel of 200 rooms and a neighboring apartment building with 159 units, a complex that peaks near Fulton Street entrance and sloping down toward the park. The project is designed by Rogers Marvel Architects, whom Toll has initially tapped, with Dumbo-based Bernheimer Architects apparently getting the boot. There will be no mash-up on the shore here.

Rogers Marvel has slightly updated their design from what they originally unveiled on Toll’s behalf in November, but the changes are mostly in the detailing of the building, not its composition. Today’s deal does bring with it more details of what is planned, however. The 1 Hotel will rise to 10 stories, stepping down into the five-story apartment building. Additionally, there will be 16,000 square-feet of restaurant space in the complex and the same amount of banquet space, as well as 2,000 square feet of retail, a 6,000 square foot fitness center and 300 parking spaces.

A day after master parks privateer Adrian Benepe has stepped down from running Parks Department, it’s revealed that the Pier 1 development will generate nearly $120 million over the course of a 97 year lease, in $3.3 million chunks. On the one hand, the park could not be maintained without this money, on the other, that is a lot more park land that could have been created if these buildings were not being built on them.