Time to fire up the old “Has Buzzfeed Hired Anyone New Today?” Tumblr. The Meme-Manufacturing Warhol Factory for Fame-Seeking Cats and plucky news upstart helmed by erstwhile Politco columnist Ben Smith is at it again. This time, they went hunting in the upper-echelons of New York Magazine’s masthead.

New York associate editor, senior hyphenate, and softball coach Ben Mathis-Lilley has been plucked by Buzzfeed to be their new senior editor.

Mr. Mathis-Lilley indeed edited his share of pieces and Intelligencer items for the magazine, which he’s been at since 2004, when he started as an editorial assistant. Reached over email, he explained:

“I’m definitely sad to be leaving New York Mag. It’s a great group of people who are really easygoing and funny but also terrifyingly competent and intelligent,” singling out editors Adam Moss and James Burnett, “who have against their better judgment let me propagate my weird jokes and obsessions in their magazine and Intelligencer section, respectfully.”

His lasting legacy, however, may be as the guardian of New York‘s back-of-book-but-first-page-you-read feature-turned-TV-show, The Approval Matrix.

As for who’s taking over the Matrix for him, he wasn’t sure. “I actually don’t know. But,” he added, “I would say the main requirement for the job is a willingness to abandon self-respect and just cravenly beg the other editors and staff writers for items.”

At Buzzfeed, we’re told he’ll be working on beefing up sports coverage alongside Jack Moore (and putting some of his Harvard-learned tennis proficiency to good use, perhaps). He’ll also be working on politics with Mr. Smith, who registered his excitement about the new hire this evening to The Observer: “He’s just a brilliant guy and great generalist. “[Buzzfeed executive editor Doree Shafrir] and I are very pumped about it.”

Concerning the move, Mr. Mathis-Lilley explained: “I love the cleverness and humor of the Original Buzzfeed videos and memes and lists (particularly The 21 Absolute Worst Things In the World), and I don’t think it’s possible to be an editor or writer and not be excited about a group of people who believe that essays and stories and reporting also work alongside that stuff in Our Current Media Landscape. Who are confident enough in that judgment that they’re putting their money where their mouth is.”

“What I’m trying to say is that even though I don’t start for two weeks I’ve already promised Peter Bergen $75,000 for a 125-page story on Uzbeki oil politics and I KIND OF don’t have permission to do that and I’m looking for the right way to break it to Ben and Doree.”

Given the coffee game over there, we’re sure they can find the cash for it lying around somewhere. 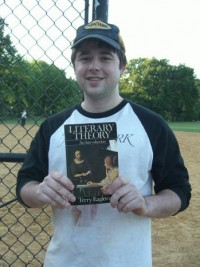