Political candidates generally impound ballots in elections where there is suspected voter fraud, Congressman Bob Turner’s campaign says they want the ballots in today’s three-way Republican Senate primary impounded just to be on the safe side of things. Mr. Turner’s campaign sent out a statement this evening announcing they have ordered the ballots impounded “to ensure the integrity of every vote in what may be shaping up as the lowest turnout in New York primary history.”

“The Turner campaign is committed to ensuring the integrity of every vote and impounding the ballots is the best way to achieve that for the good of all the campaigns,” campaign spokeswoman Jessica Proud said. “In the meantime, we are urging as many Republicans as possible to get to the polls before 9 p.m. to support the candidate of their choice.”

Ms. Proud noted “reports statewide of extremely low voter turnout” due to this year’s unusually early primary date. The Turner campaign’s statement mentioned no potential issues of voter fraud and did not make it clear why a low number of votes would necessitate impounding ballots. Ms. Proud did not immediately respond to a request for comment on this story.

“There has never before been a June federal primary in New York, and many voters are away with their school age children who were just let out for summer vacation,” the statement said.

Having the ballots impounded leaves an opening for the primary candidates to potentially challenge the initial results. Mr. Turner is running against attorney Wendy Long and Nassau County Comptroller George Maragos for the chance to run against Democratic Senator Kirsten Gillibrand on the Republican ticket in November. Recent polls all showed Mr. Turner ahead of his rivals. 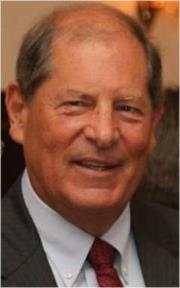